Dallas Mavericks owner Mark Cuban has a lot of faith that country will recover from the coronavirus crisis. But he does not believe it will be the quick rebound predicted by the president.

DALLAS - Dallas Mavericks owner Mark Cub predicts good things will come out of the coronavirus pandemic. And he is again hinting at his political plans.

Cuban has been outspoken about the economy in recent weeks, saying he has full faith in the entrepreneurial spirit in the country.

In an interview with FOX News Sunday, Cuban predicted that the struggles facing the country will inspire entrepreneurs to tackle present-day challenges and he said there will be world-changing innovation. 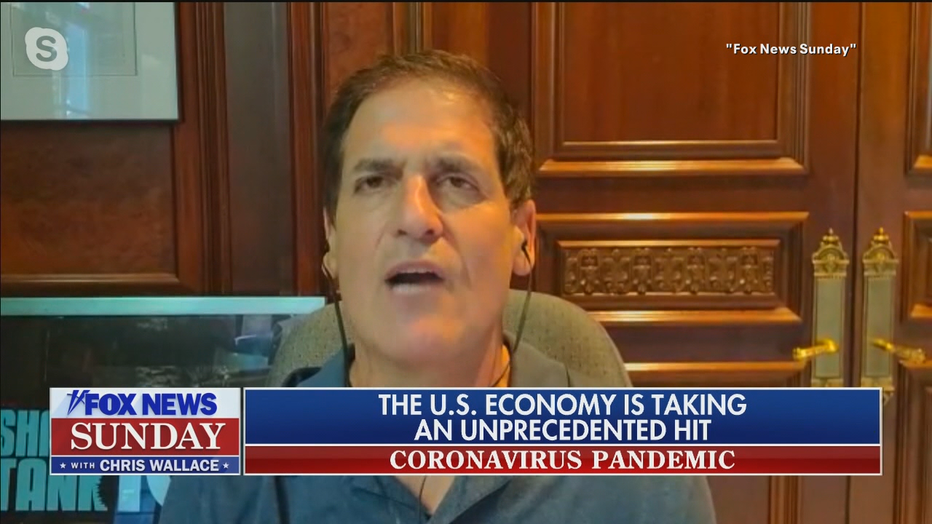 President Donald Trump has predicted a strong economic recovery once normalcy returns, leaving the country stronger than before.

Cuban agreed but said people will be slow to gather in public and slow to spend their money.

“We’re not going to know if the virus is coming back. And on top of that when it comes to hiring people back, companies aren’t going to just immediately bring everybody back. So there are a lot of people who were hoping they’d go back to work that just won’t be able to and I think that’s going to create problems,” he said.

Cuban also responded to questions about whether he might run for president as an independent. He said he isn’t actively pursuing anything right now. At this point, he’s simply keeping his options open.

He hinted at a run for the White House last year, saying he’d be all in. But his family voted it down.

Cuban also talked about the NBA. He said he’s hopeful that the season could start up again but he thinks games would be played at first without fans, adding people need something to cheer for.