The dog-centric holiday is held the second Saturday in May.

But an important one for dog owners – particularly women – is coming up this month: National Dog Mom’s Day.

The dog-centric holiday will be running through its third year as an officially recognized national day. It’s held the second Saturday in May, just before Mother’s Day.

National Dog Mom’s Day became official in 2018, when a dog-friendly dating app called Dig created a change.org petition and submitted the idea to the National Day Calendar. It was one of only 30 days approved out of 20,000 submissions.

Dig creators and siblings Casey and Leigh Isaacson said they petitioned for the holiday because their app received an overwhelming response from female pet owners who were passionate about the dog community.

“The dog community is really, really special,” Leigh Isaacson said. “We realized that people really want to do more things with their dog… it’s about experiences.” 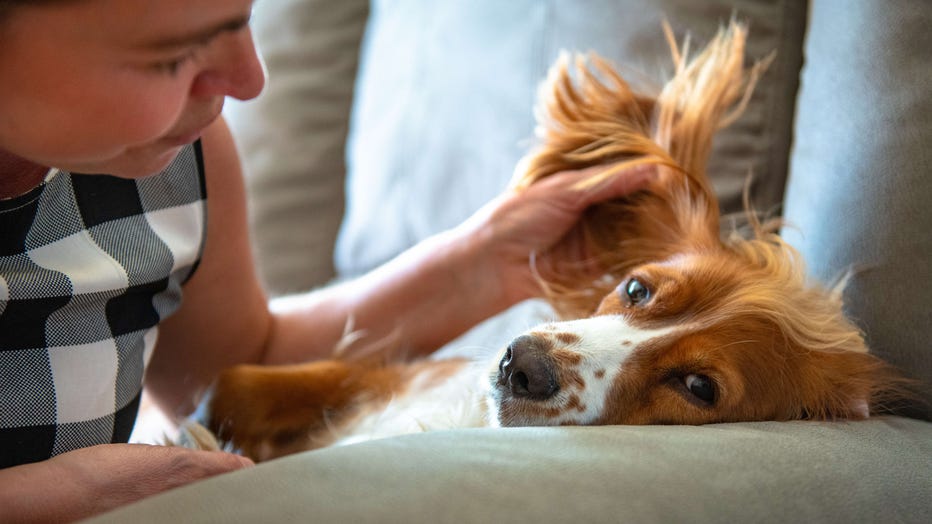 A file image shows a woman playing with her cocker spaniel dog on the couch. (Photo by Roberto Machado Noa/LightRocket via Getty Images)

The canine community also appears to be having an impact on birth rates, the housing market, retail and many other industries. According to SunTrust Mortgage, at least one-third of millennials who bought their first home said the desire to have space or a yard for a dog influenced their decision.

Census data also shows that many millennials choose to delay having children until later in life or don’t have a child at all. In conjunction with that statistic, dog ownership continues to rise and more single people are getting pets. Since 2006, pet ownership for single men increased by 28 percent and 22 percent for single women.

Overall, 55 percent of single adults in the U.S. own a pet, according to a study done by the American Veterinary Medical Association. Many of those people also appear to be making their pets a priority in dating profiles, and 70 percent of pet owners believe their date’s reaction to their beloved family member is important.

That’s how their dating app Dig was born. Casey had been dating someone and when she discovered that he wouldn’t let her pet into his apartment, the relationship came to an end. She then talked about the importance of her dog with Leigh and they started Dig.

Their app, which is free and available in the U.S., Mexico, Canada and parts of Europe, offers a place for those in the dog community to find love. A person doesn’t need to have a dog to be part of Dig, but the point is for you and your potential love to share a passion for furry friends.

Leigh said since launching Dig on Valentine’s Day in 2018, the app has received a slightly older demographic of people in the 30 to 35 range.

“You’ve got people who know what they want and they’re having these conversations on a dating app, which is something new,” she said. “Everyone knows that dogs just bring out this love, and trust, and compatibility side.”

When a person creates a profile on the app, they can upload photos of themselves and, of course, their beloved Fido. The user can also decide if they want to find someone who also has a dog or doesn’t, and they can even filter by dog size.

Once a potential match is found, the user and their match can discuss dates with dog-friendly ideas that the app offers in its messaging app. It also provides deals from local and national chains for humans and their pets, as well as tips and tricks from animal experts.

The Isaacson sisters held launch events all over the country in 2019 in an effort to promote the app and provide meet-up events for dog lovers and owners as well as connect them with local shops and shelters.

“It’s really fun that we can meet the most emotional and dedicated dog lovers and dog owners who want to date and we’re also meeting the most incredible dog businesses and people in the community as well,” Leigh said.