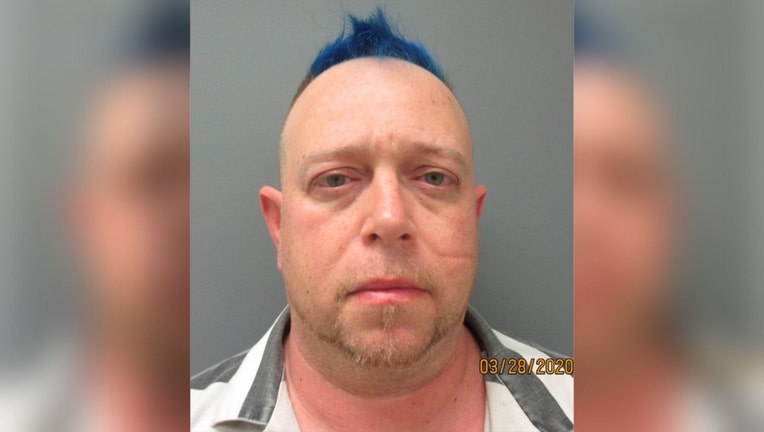 Shawn Marshall Myers, a 41-year-old registered sex offender who was also indicted as a murder accomplice, was arrested after twice violating Gov. Larry Hogan’s order against gatherings of more than 10 people, the Charles County Sheriff’s Office said in a news release.

Deputies first responded to a complaint of a large gathering at Myers’ home in Hughesville on March 22. Myers was advised about the governor’s order and agreed to break up the crowd.

Deputies responded to Myers’ home a second time shortly before 11 p.m. Friday and saw about 60 people at a bonfire, the sheriff’s office said. Myers refused to comply multiple times and was charged with violating the COVID-19 emergency order.

While penalties for breaking the order can include up to a year in prison and a $5,000 fine, the sheriff’s office did not immediately say whether Myers was facing such consequences.

Maryland had 1,239 confirmed coronavirus cases and 10 deaths as of Sunday, according to the state health department.

Myers' criminal history includes a conviction for carnal knowledge/indecent liberties in Virginia in 2001, according to Maryland’s sex offender registry.

In 2011, he was indicted on a first-degree murder charge for the 2004 Thanksgiving shooting of a 23-year-old man, The Washington Post reported at the time. Myers took a plea deal in exchange for his testimony against the other suspect, who was ultimately convicted, and received a 15-year suspended sentence for conspiracy to commit robbery.