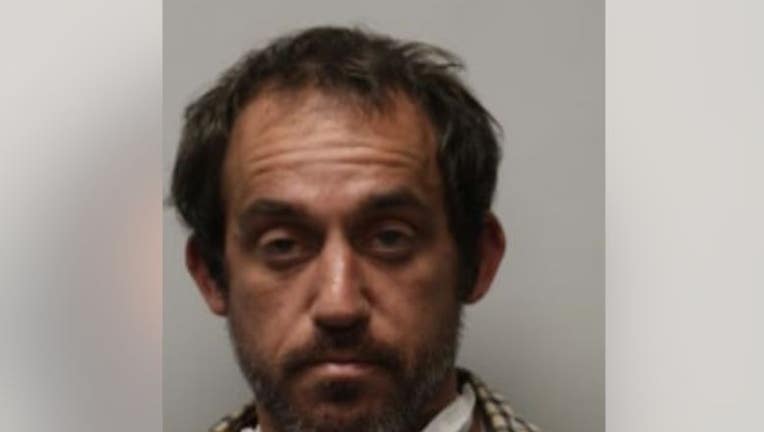 A mugshot of Adam Howe from an August 11 arrest for breaking into a business. (Tewksbury Police Department)

A Massachusetts man charged with murdering his mom, then setting her body on fire in front of her $900,000 Cape Cod home, choked to death on wet toilet paper in his jail cell over the weekend, authorities said.

Adam Howe, 34, was rushed to St. Luke's Hospital in New Bedford, where he was pronounced dead on Sunday, according to a statement from spokesman Jonathan Darling of the Bristol County Sheriff's Office.

"Out of respect for the family, we have no additional comment or detail. That family has been through a lot this weekend. Please keep them in your prayers."

They had responded to a request for a wellness check and reports of a fire, according to Cape and Islands District Attorney Michael O'Keefe and Truro Police Chief Jamie Calise.

After Adam Howe barricaded himself inside the home off Quail Ridge Road, the Cape Cod Regional SWAT Team forcibly extracted him and placed him under arrest, authorities said.

He was taken to Cape Cod Hospital for a psychiatric evaluation and medical officials cleared him to return to custody, authorities said.

He was transported on Saturday afternoon to Ash Street Jail, where supervisors put him on security watch and did a visual check every 15 minutes, according to Darling. Adam Howe was also clothed in a nylon rip-resistant smock for his safety.

Despite the precautions, he obstructed his airways with wet toilet paper.

Adam Howe has a prior criminal record. In August, he was arrested for breaking into a business in Truro, Massachusetts. He was also charged with possession of Suboxone without a prescription, which is used to treat opioid addiction.

The slain woman was the president of the Truro Historical Society.

"Susan brought immense creativity, energy, time and passion to our organization," the Truro Historical Society Board of Directors said in a press release. "She loved Truro, and was totally committed to preserving our history and culture and the well-being of her beloved town."

Susan Howe was also very involved in the Truro Commission on the Disabled, the Community Preservation Committee and the Walsh Committee.

Photos on Facebook show Susan Howe gleefully celebrating Adam Howe's wedding in 2019. Her son welcomed his first child the following year, and the two are shown in a photo doting on the infant. A caption next to the image reads, "Three generations."

Adam Howe had been living with his mother, official said.