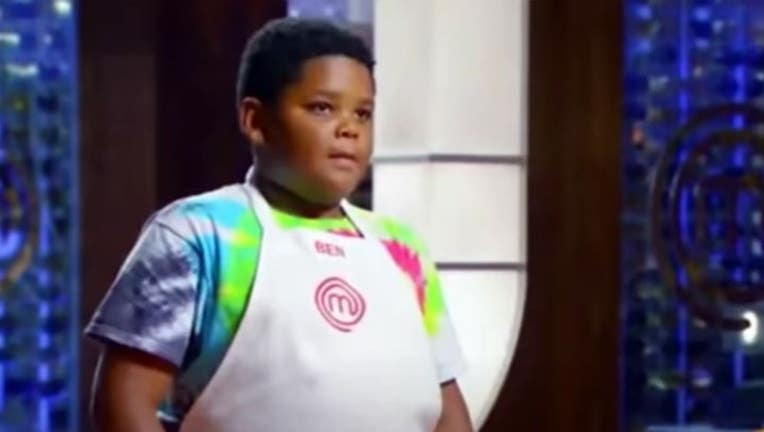 CHICAGO - "MasterChef Junior" star Ben Watkins has died after battling a rare illness, according to TMZ.

Ben, 14, a native of Gary, Indiana, died on Monday while undergoing treatment for a soft tissue tumor at Chicago's Lurie Children's Hospital.

The aspiring cook was diagnosed with the rare illness, called Angiomatoid Fibrous Histiocytoma, just days after his 13th birthday, according to a statement that was previously shared on behalf of Ben's grandmother and uncle on a GoFundMe campaign named #Love4Ben.

According to the statement, Ben was one of only six people in the world diagnosed with the illness.

"When Ben's rare illness was shared with the world, he was so heartened by the outpouring of love he received from every corner of the globe-- especially here in his hometown of Gary, Indiana," a statement from the family said. "We cannot thank this community enough for holding our family up in prayer and for all that you've done." 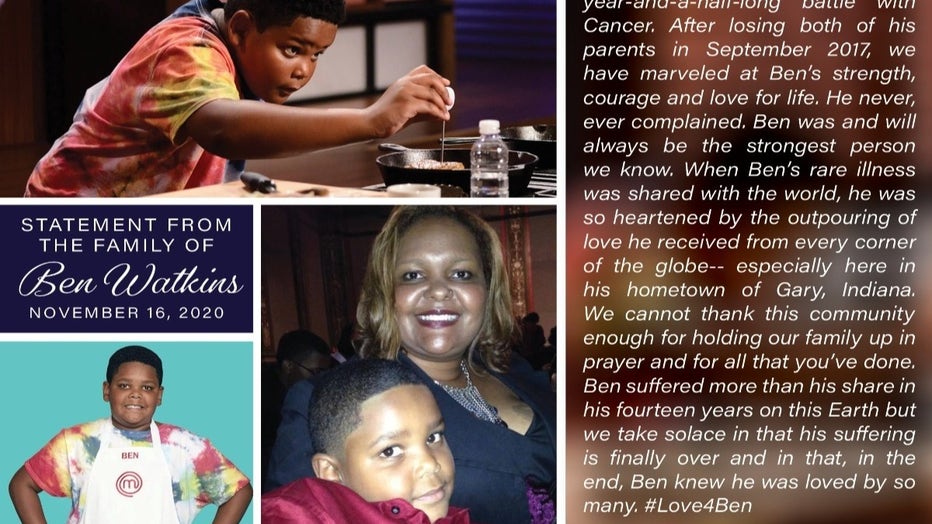 A statement from the family of Ben Watkins posted to a GoFundMe campaign for the 14-year-old aspiring cook. (GoFundMe / #LoveForBen Memorial Fund)

Ben appeared on Season 6 of FOX's "MasterChef Junior." He was 11 at the time he filmed the show and was a part of its top 24 competing for the title of Masterchef Junior.

"He placed in the Top 18 and was a Fan Favorite," the family added, noting that his season is available on Hulu.

Watkins' health battle came just three years after the death of his parents. According to the Chicago Tribune, his father, Michael Watkins, shot and killed his mother, Leila Edwards, before taking his own life. Investigators ruled it a murder-suicide. Following their passing, a trust fund was set up for Watkins and raised $30,000.

"After losing both of his parents in September 2017, we have marveled at Ben's strength, courage and love for life," the family said in a statement on his passing. "He never, ever complained. Ben was and will always be the strongest person we know."

Watkins' season aired on FOX in 2018 and he quickly became adored by viewers.