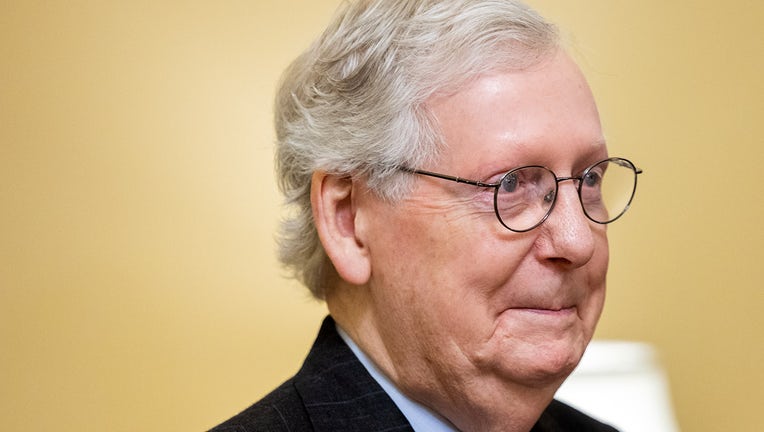 Senate Minority Leader Mitch McConnell on Wednesday won reelection as Senate GOP leader, fending off a challenge from Sen. Rick Scott and setting himself up to become the longest-serving party leader in the history of the Senate.

Several senators had called for the election to be postponed. Sen. Ted Cruz, R-Texas, said Tuesday he would offer a motion in the Republicans' Wednesday meeting to delay it until after the Georgia runoff.

But the effort failed and McConnell, R-Ky., beat Scott, R-Fla., and maintain his firm grip on GOP power in the Senate. With that vote, GOP senators rejected a plea from Scott to try a new direction after Republicans failed to win a Senate majority.

"I’m writing to you today because I believe it’s time for the Senate Republican Conference to be far more bold and resolute than we have been in the past. We must start saying what we are for, not just what we are against," Scott said in a letter to GOP colleagues Tuesday. "I do not believe we can simply continue to say the Democrats are radical, which they are. Republican voters expect and deserve to know our plan to promote and advance conservative values."

RICK SCOTT AND MCCONNELL BATTLE FOR GOP LEADER AS SENATORS STEW AFTER MIDTERMS: ‘LOT OF FRUSTRATION’

He added, "If you simply want to stick with the status quo, don’t vote for me."

McConnell, who's been in the Senate since the Reagan administration, flatly declared that he would keep his job.

"I have the votes. I will be elected," McConnell told reporters. "The only issue is whether we do it sooner or later."

The leadership election comes at a tense time for Republicans, who are reeling from weak midterm elections. Despite a poor economy and favorable historical trends, they took just a miniscule majority in the House and failed to win the Senate.

Former President Donald Trump also announced his 2024 presidential run Tuesday night, which will set up plenty of uncomfortable questions for Republicans for months to come. Trump has repeatedly called for McConnell's ouster. 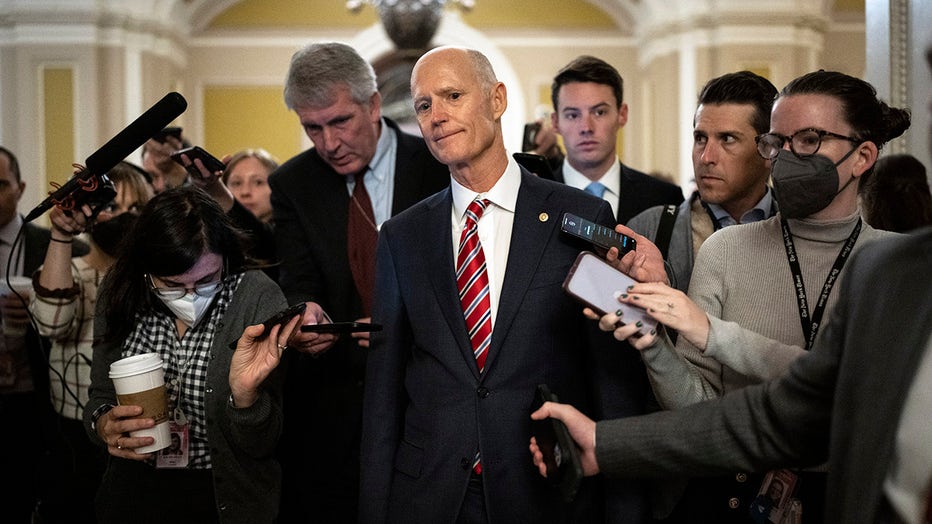 Sen. Rick Scott (R-FL) talks with reporters as he arrives for a meeting with Senate Republicans at the U.S. Capitol on November 16, 2022 in Washington, DC. (Photo by Drew Angerer/Getty Images)

According to senators in the Tuesday GOP meeting, which dragged for about three hours and delayed Senate votes, the marathon session was filled with grievances as Republicans sought direction after the results of the 2022 vote.

"A lot of frustration, lots of discussion," Sen. Lindsey Graham, R-S.C., said as he left the meeting.

"I've got a disposition that doesn't inherently get that way. A few that might normally get that way might have gotten that way, but it's a good discussion," said Sen. Mike Braun, R-Ind.

Braun added that approximately 20 people spoke in the meeting, and more than half of those pressed for "something different."

Sen. Josh Hawley, R-Mo., who pushed for delaying the elections, said McConnell and Scott debated in front of the room after Scott announced his run for leader.

"Mitch replied to that, and they went back and forth, and it was good," Hawley said. "It was candid."

"After a period of time the mood in the room I think was exhausted," Sen. Todd Young. R-Ind., told Fox News Digital.

The new Congress begins on Jan. 3. The Georgia runoff will decide whether the chamber remains 50-50 evenly split, or whether Democrats will have a 51-49 majority.