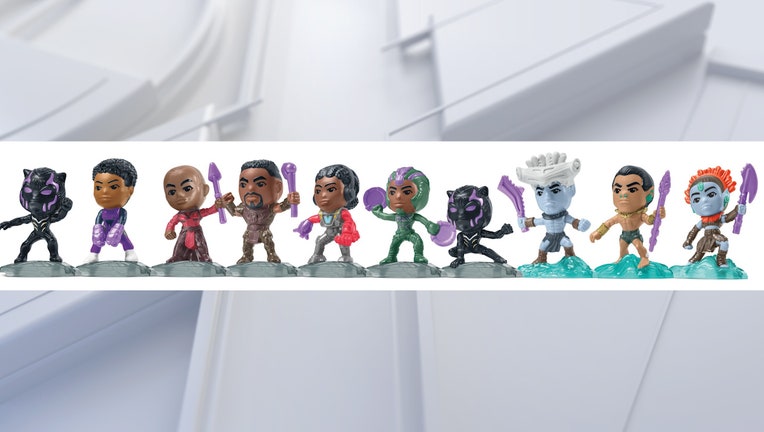 Each Happy Meal includes one of ten "Black Panther: Wakanda Forever" super hero toys based on characters from the movie, from fan favorites like Shuri and Okoye to newcomers like Namor and Ironheart. (Credit: McDonald's USA, LLC)

CHICAGO - McDonald’s is allowing its customers to enter into the Marvel Universe with its new "Black Panther: Wakanda Forever" Happy Meal.

The fast-food chain rolled out the menu addition Tuesday at participating restaurants. The option was inspired by the new film set to open in theaters on November 11.

Each meal contains one of 10 "Black Panther" characters such as Shuri and Okoye to newcomers like Namor and Ironheart.

"The first Black Panther movie inspired a new generation of Marvel lovers – and that's because of the powerful story it told, brought to life by an incredibly talented cast," Jennifer Healan, Vice President of U.S. Marketing, Brand Content and Engagement at McDonald's said in a news release. "It set a whole new standard for representation on the big screen. And now, we're excited to bring that experience to our restaurants and help fans see and celebrate their inner hero with this new Happy Meal – because seeing is believing."

Marvel Studios unveiled the first trailer for " Black Panther: Wakanda Forever " to fans at Comic-Con in San Diego over the summer. After the massive success of "Black Panther" in 2018, plans for a sequel were quickly set into motion.