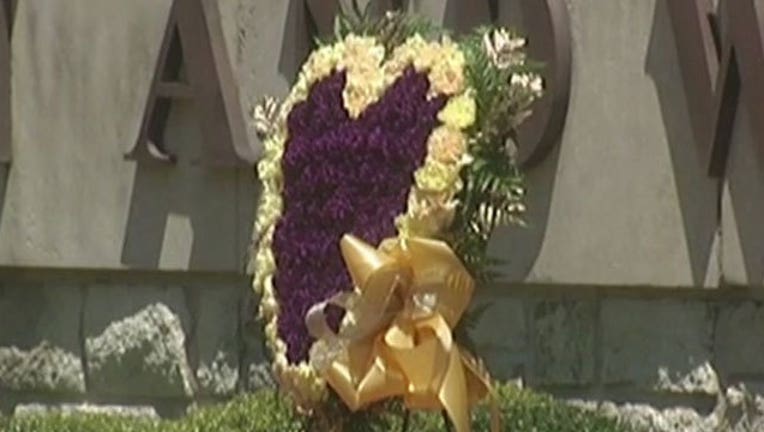 All across the nation in small towns and big cities, people are honoring those who made the ultimate sacrifice. One of the largest Memorial Day observances takes place in Georgetown.

The ceremony was to take place outside but had to be moved indoors due to the weather. It took place at the Sun City development and it's the second straight year the event was held inside.

The rain soaked the ground in front of the Memorial Wall making it impractical to hold the ceremony there so the overflow crowd packed the Grand Ball Room at Sun City.

Gov. Abbott also launched a nationwide call to help locate the missing photos of six Medal of Honor recipients from Texas. They served between 1870 and 1900.

There is a display at the Capitol for the Texans who were awarded the medal and Gov. Abbott says their names and faces should be familiar to everyone.

You can learn more here.