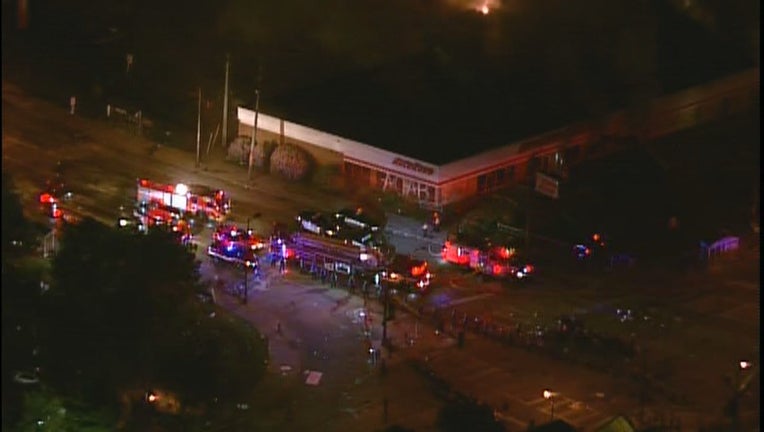 A fire broke out at the AutoZone amid the George Floyd protests Wednesday night.

MINNEAPOLIS (FOX 9) - Minneapolis Mayor Jacob Frey is asking the governor to deploy the Minnesota National Guard to help with the response to the George Floyd protests, according to an official with the mayor's office.

A spokesperson with the governor's office told FOX 9 the state so far has deployed 50 to 60 state troopers to assist Minneapolis police.

The protests began in response to the death of George Floyd, who died following an arrest by Minneapolis police on Memorial Day. Four officers have been fired in connection to the incident.

Protests started on Tuesday night and started again on Wednesday, when they took a more violent and destructive turn. Fires have broke out at multiple buildings, including an AutoZone, and looters have burglarized various businesses.

As the protests escalated into Thursday morning, Mayor Frey tweeted a plea for an end to the violence.

"Please, Minneapolis, we cannot let tragedy beget more tragedy," read Frey's tweet. "The area along Lake has become unsafe. We are asking for your help in keeping the peace tonight."