An Amber Alert was issued for a 3-year-old boy from Tennessee who was reported missing. A vehicle he may be traveling in was was last seen in Arizona.

DANA POINT, Calif. - An Amber Alert has been canceled after Noah Clare, a missing 3-year-old Tennessee boy, and his missing Kentucky cousin, Amber Clare, were found safe in California. Noah's father, Jake Clare, has been taken into custody.

The investigation spanned to Arizona and California after Noah was reported missing by his mother, who said her ex-boyfriend, Jacob Clare, did not return Noah following a scheduled visitation.

"UPDATE: #NoahClare and #AmberClare have been found safe and sound, just outside of San Clemente, CA!" the Tennessee Bureau of Investigation tweeted on Nov. 18.

No charges were immediately announced and it wasn’t known if Jacob Clare has an attorney. More information is expected at an afternoon news conference that will be livestreamed on the sheriff department's Facebook page. 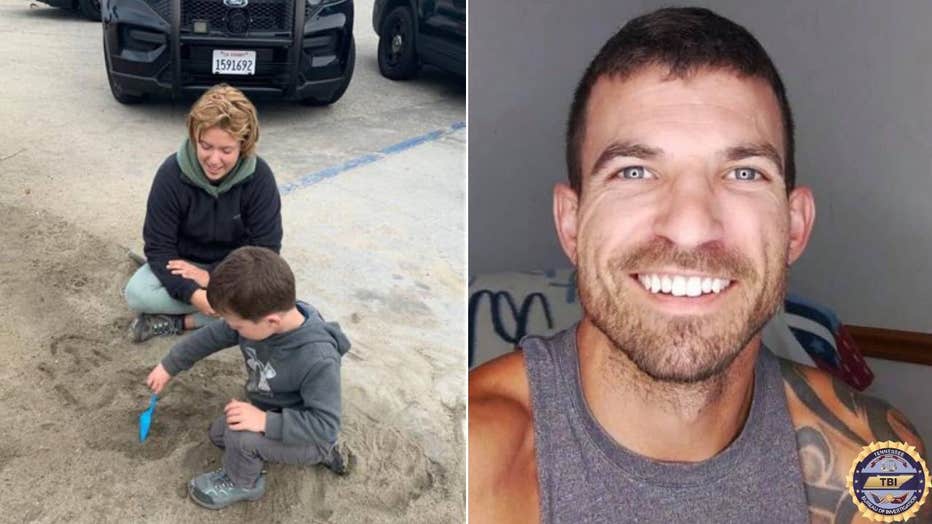 On Nov. 16, authorities said the car involved was found in San Clemente, California. The abandoned car is a silver 2005 Subaru Legacy with Tennessee tag 42MY10.

A report said the vehicle was previously seen on State Route 95 in Parker, Arizona. 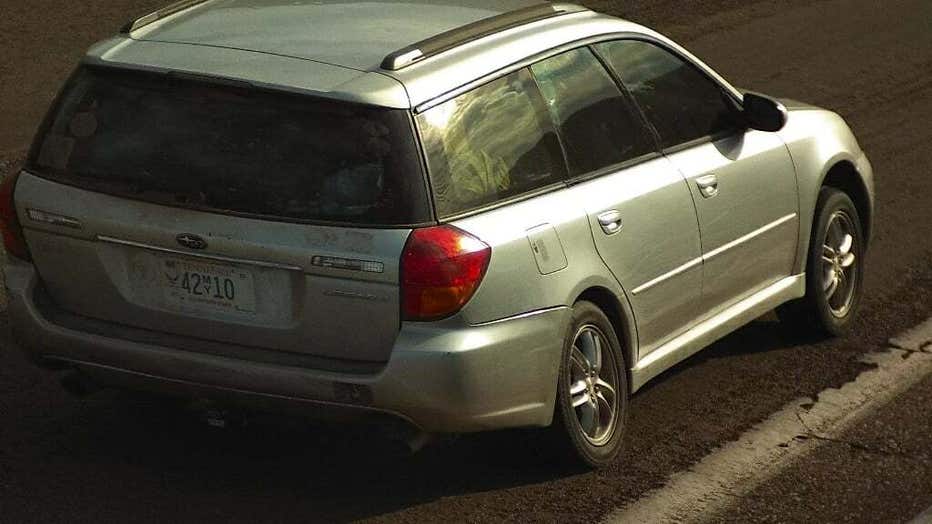 On Nov. 17, TBI shared new photos of Noah and Jacob Clare, accompanied by who they believe to be Noah's 16-year-old cousin, Amber Clare, who had been reported missing by the Beaver Dam Police Department in Ohio County, Kentucky, according to the Tennessean.

"This is also the first time since they've disappeared we've been able to definitively place #AmberClare with Jacob," TBI tweeted. 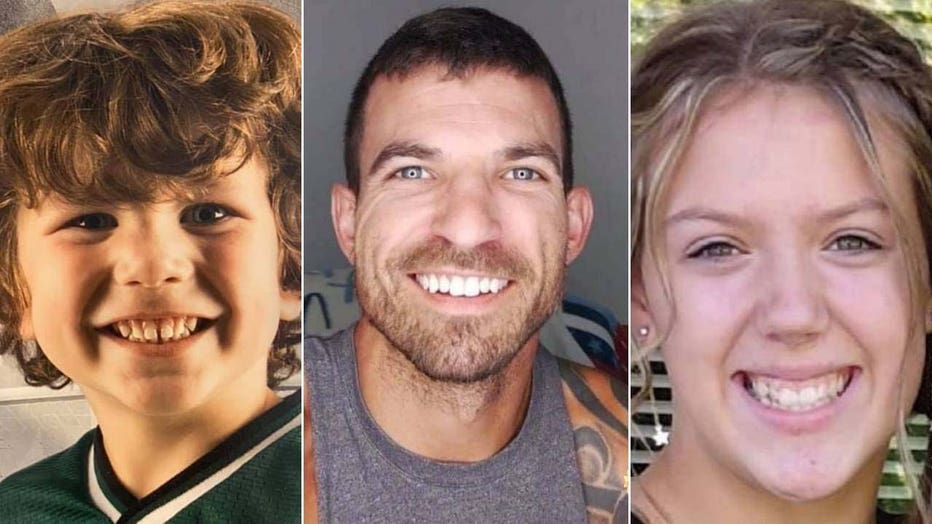 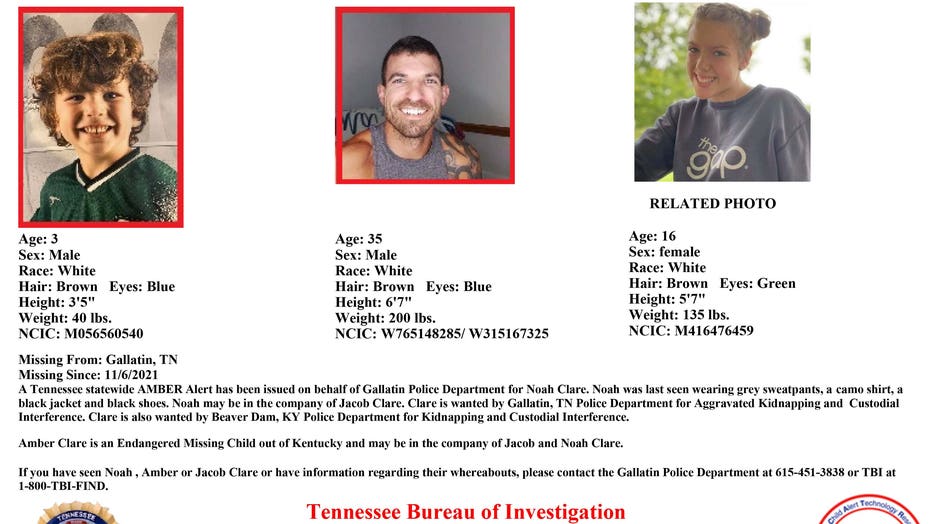 An Amber Alert has been issued for 3-year-old Noah Clare, who is believed to be with his father, Jacob Clare, and Amber Clare, a missing 16-year-old Kentucky girl. (Tennesee Bureau of Investigation)