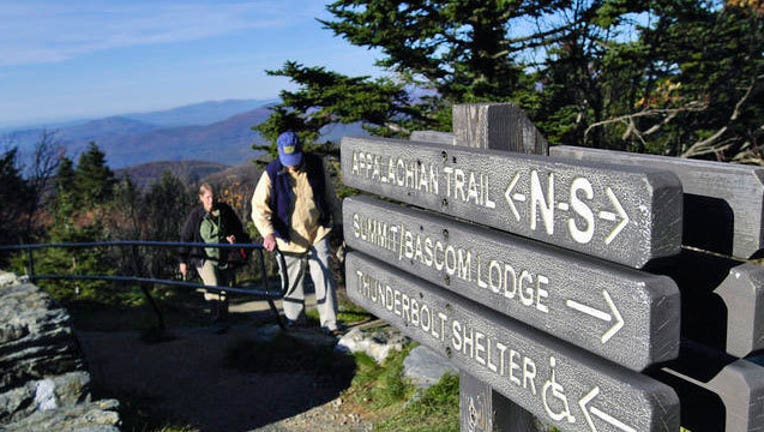 AUGUSTA, Maine (AP) — An Appalachian Trail hiker whose remains were discovered last year survived at least 26 days after getting lost, kept a journal of her ordeal and ultimately resigned herself to the idea she was going to die and it could be years before her remains were located, according to investigatory documents.

Geraldine Largay, who was from Brentwood, Tennessee, hiked to higher ground in a failed attempt to get a cellphone signal, and text messages sent to her husband went undelivered, the documents show.

"When you find my body, please call my husband George ... and my daughter Kerry," Largay, who was 66 years old, wrote in a page that was torn out of her journal. "It will be the greatest kindness for them to know that I am dead where you found me — no matter how many years from now."

The Maine Warden Service on Wednesday released more than 1,500 pages of documents related to the search for Largay in response to Freedom of Access Act requests by several media organizations.

Largay, who went by the nickname Inchworm, got lost after leaving the trail on July 22, 2013, to relieve herself and set up her final camp the next day, wardens said. Her texts to her husband warning that she'd become lost were never delivered but were retrieved from her phone after her body was found.

"in somm trouble," she texted on July 22, 2013, the day she left the trail. "Got off trail to go to br. now lost. can you call AMC to c if a trail maintainer can help me. somewhere north of woods road."

A day later, she again pleaded for help: "lost since yesterday. off trail 3 or 4 miles. call police for what to do pls."

After she missed a rendezvous with her husband, he reported her missing on July 24, 2013, setting off a massive search by the Maine Warden Service and other agencies. Documents indicate they interviewed dozens of witnesses and conducted several searches over two years.

Her husband, George Largay, told wardens that the Appalachian Trail journey from Georgia to Maine's Mount Katahdin was a bucket list item for her. She had started with a traveling companion, but the other hiker left the trail because of a family emergency.

It wasn't until more than two years after she went missing, in October 2015, that her remains were found about half a mile from the trail by a contractor conducting a forestry survey on property owned by the U.S. Navy in Redington Township.

The property where Largay's body was recovered is part of a Navy survival skills training facility. The Navy uses the area for its Survival, Evasion, Resistance and Escape program.

Largay's tent was collapsed, and her body was inside. The medical examiner determined she died of starvation and exposure.

The items found with her included trail staples such as toothpaste, baby powder, a first aid kit, cord twine, a pencil and pen and a paper trail map. The battery on her cellphone was dead, but investigators were able to retrieve the data.