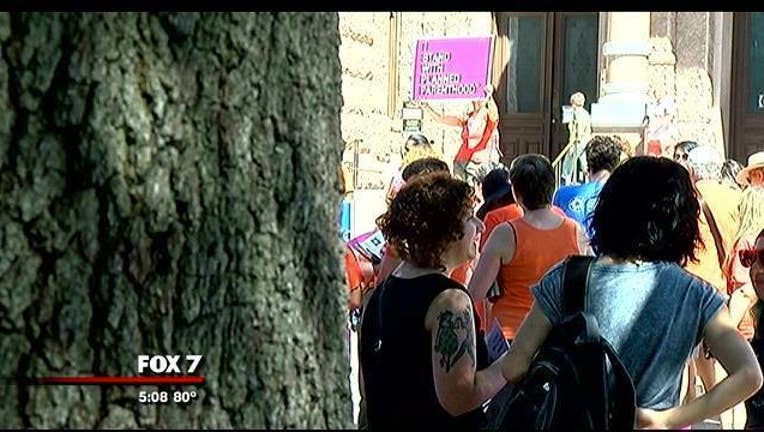 AUSTIN, Texas - Thursday, a federal appeals court ruling allowed Texas to move forward with part of a bill that places tough restrictions on abortion facilities in the state while the court considers the bill's constitutionality.

Since last year, pro-life and pro-choice groups have been battling over House Bill 2, which enacts tough new restrictions on abortion facilities. Pro-life groups celebrated a victory when the bill was signed into law by Gov. Rick Perry in July of 2013, but it wasn't long before the constitutionality of the bill was challenged in court, as Democratic legislators had promised it would be. Thursday's ruling was another victory for Texas pro-life groups.

"We see it as a huge victory for Texas women. I think women deserve to have the absolute best care possible when they're pursuing an abortion," said Pam Cobern, executive director of pregnancy resource center Austin LifeCare.

"It's important for Texas women across the state to have access to their constitutionally protected right," said National Latina Institute for Reproductive Health Director Ana DeFrates

The provisions that will be enforced include hospital-level upgrades at all abortion facilities, including operating rooms and air filtration systems.

"I think it's ridiculous that we would expect anything less in our abortion facilities then we do if we go for any other surgical procedure," said Cobern.

"We know that this is not about health and safety. This is absolutely about making abortion an impossibility for Texas women," DeFrates said.

More than a dozen abortion clinics said they will have to close their doors because of the restrictions. That leaves the only Texas abortion services left in Dallas, Houston, Austin and San Antonio, down from more than 40 facilities two years ago.

"What happens now is that women will have to drive hundreds of miles to access one of only eight remaining clinics in the entire state of Texas," said DeFrates.

"What we have to understand is that abortion is an elective surgery and a lot of people will drive a significant distance for elective surgeries," said Cobern.

Women who live along the Texas border will have to drive more than three hours to find abortion services.

"Across the state this is a devastating ruling for women, but in the valley in particular we know this is particularly devastating because there women face formidable barriers to accessing healthcare already," said DeFrates.

Cobern said she thinks abortion facilities that are closing because of the restrictions are admitting they make most of their money from abortion services.

Some clinics have already closed because of provisions requiring doctors of abortion facilities to have admitting privileges at nearby hospitals. That part of HB2 was upheld by the 5th US Circuit Court of Appeals.