Extended interview: Expert explains how COVID-19 vaccines work and side effects after shots

Dr. Williams Moss, an epidemiologist and executive director of the International Vaccine Access Center at Johns Hopkins, explains how mRNA vaccines by Pfizer and Moderna work and why side effects are more likely after the 2nd dose.

Findings published Tuesday in the New England Journal of Medicine echo what Pfizer and its German partner, BioNTech, said last week about their vaccine, which works in a similar way.

The team was led by Nicole Doria-Rose of the U.S. National Institute of Allergy and Infectious Diseases (NIAID). The Moderna vaccine was co-developed by Moderna, Inc., a biotechnology company based in Massachusetts, and the NIAID. 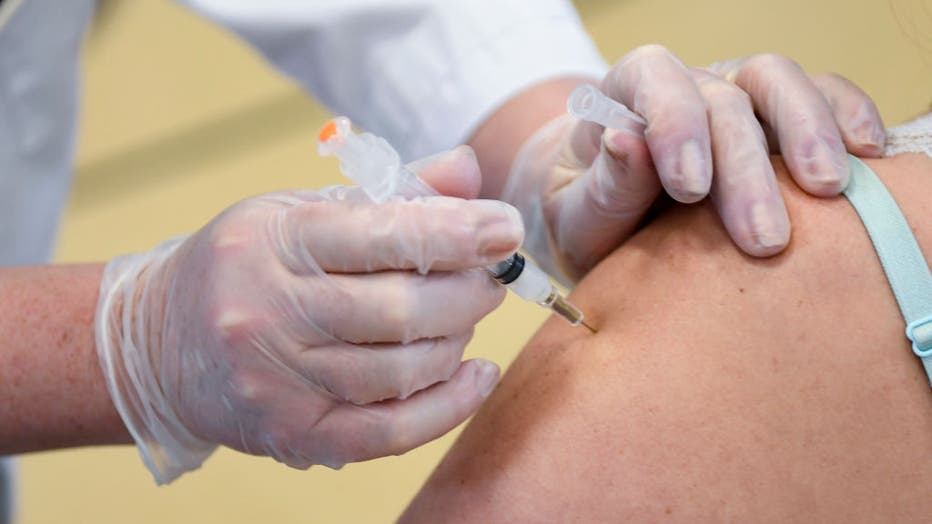 FILE - A woman is given a dose of Moderna COVID-19 vaccine on April 1, 2021, in Reading, Pennsylvania. (Photo by Ben Hasty/MediaNews Group/Reading Eagle via Getty Images)

Researchers said ongoing studies are monitoring the vaccine’s immune response beyond six months. Both Moderna and Pfizer have said they are also working to update their vaccines, or possibly design a booster shot, in case they’re needed against troubling new variants — or versions of the coronavirus —  that are circulating.

On Thursday, Pfizer updated results from the ongoing late-stage study of more than 44,000 volunteers and also confirmed the two-dose vaccine continues to be effective against COVID-19 up to six months later.

RELATED: Pfizer says its COVID-19 vaccine is safe, strongly protective in kids as young as 12

Both Moderna and Pfizer’s mRNA vaccines underwent large clinical trials that led to the vaccines’ use in the U.S. The studies were done before new variants had emerged and started to spread.

Dr. Kawsar Talaat, an infectious disease physician and assistant professor with the Johns Hopkins Bloomberg School of Public Health, discusses why kids also need to be vaccinated to end the pandemic.

Meanwhile, both companies have completed enrollment for studies of children ages 12 and older and are expected to release the data in the months ahead. Both are also now studying their shots in children under 12 — including babies as young as 6 months.

Johnson & Johnson, a third vaccine currently being administered in the U.S., also recently began testing its shot in older children and teenagers.

RELATED: Vaccinating children against COVID-19 will be crucial to ending pandemic, experts say

In a separate report published Tuesday in the medical journal, scientists measured antibodies that can block the virus. Researchers looked at 50 people who had been given the Sinopharm or Sinovac vaccines that were developed in China using a different technology than Moderna and Pfizer’s mRNA vaccines.