Baby born during concert in California

The baby was born in the bathroom of the Save Mart Center during a concert. (Credit: Saint Agnes Medical Center)

FRESNO, Calif. - A newborn baby is now in the spotlight after a concert in Fresno, California, last week.

Baby Anahi made her entrance into the world on Oct. 25 in the bathroom of the Save Mart Center during a sold-out Karol G concert.

The venue posted the announcement on social media.

According to the venue, the Colombian pop-reggaeton singer learned of the news and visited the mother and the baby at the hospital later that night. 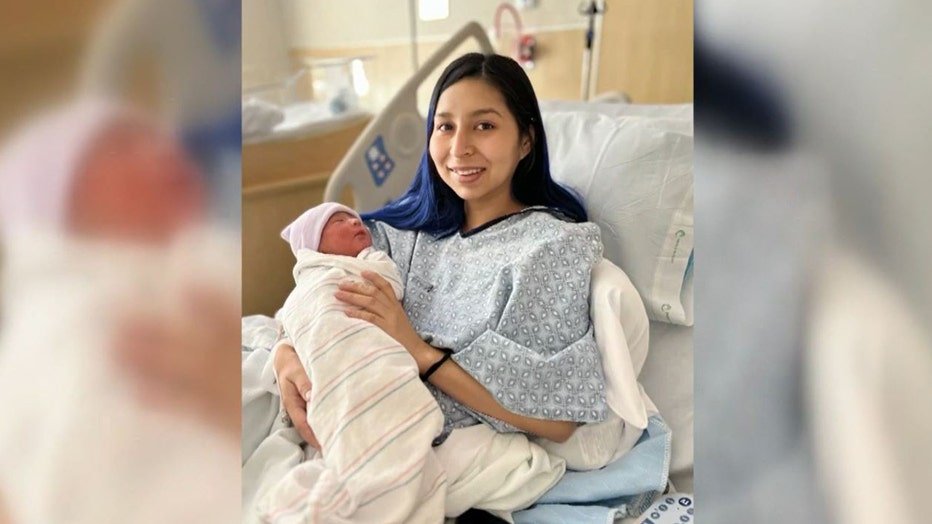 Singer Karol G visited the mother and the baby at the hospital after her show. (Credit: Saint Agnes Medical Center)

"We are happy to report both baby and mom are doing great and we are sure over the top excited since Karol G visited the family at St. Agnes after her show!" Save Mart Center continued.

Karol G posted her hospital visit on her Instagram page and said, "Anahi, the baby is incredibly healthy and beautiful!!! Her mommy is too and I’m speechless! Happy, blessed, and grateful for these incredible experiences that God adds to my life. Here I am! Always loyal to your loyalty."

According to the Los Angeles Times, the singer revealed on social media she learned that a mother was giving birth during her performance of "El Makinon." She also shared a photo of the mother's wrist, adorned with both hospital and concert wristbands.

Karol G will next perform at the TD Garden in Boston on Nov. 2. She will also perform in Los Angeles in January.