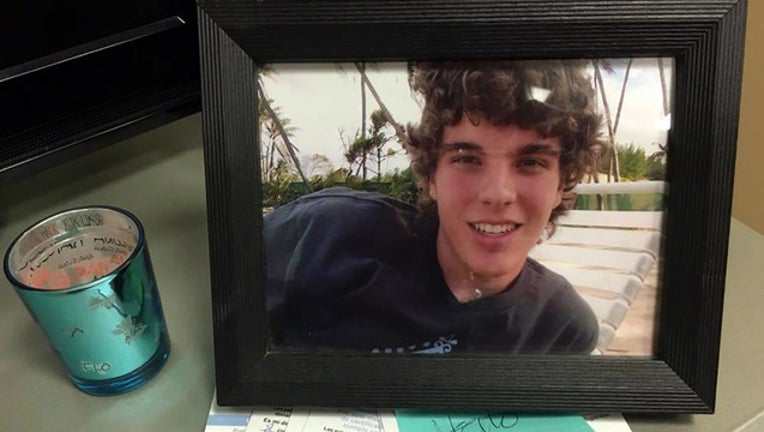 ORLANDO, Fla. (WOFL FOX 35) - Zorimar Bentancourt is a mom on a mission.  She flew to Orlando from Puerto Rico for four days, hoping to track down someone to which her son gave the ultimate gift.

"I am here in Orlando, because I would love to meet the person that carries my son's liver," said Bentancourt.  "This man was 33 years old on June 28 or 29 of 2012. He received Stefano's liver at Florida Hospital. He had a team of four doctors working on him."

Bentancourt's son Stefano was just 17 years old when he was gunned down during a carjacking attempt in Puerto Rico. He was driving a few cars ahead of his family, heading home from his little sister's birthday at the beach, when he was targeted.

"He was followed by two men who wanted to have a Lexus, and they were going to get $1,500.  The first one they found was my mom's Lexus, my son was driving it," said Bentancourt.

Her son called her telling her someone kept crashing into the back of his car, then cutting in front of him.  Bentancourt said the last thing her son was able to tell her was the license plate on the truck.  She said his phone went dead, and by the time she was able to find him, the car had crashed, and it was riddled with bullet holes. Stefano was dead.

Stefano had his driver's license for just six months, before he was killed, but a decision he made the day he got his license is now saving lives.  He signed up to be an organ donor.

"I knew as a parent that that was his last will," said Bentancourt.

In the years since that tragic day, Bentancourt has traveled across Puerto Rico and up the U.S. East Coast, meeting the recipients of her son's lungs, heart, and kidneys.

"It's the gift that comes behind all this," said Bentancourt.

So far, Bentancourt has met four of the five donor recipients who's lives Stefano saved.

"This is Stefano's collection.  It has five little balls, one for each life he saved.  One of them is him," said Bentancourt.

This Orlando-area man is the final piece to the puzzle.

"I just want to hug him and make sure he's okay.  I would love to meet you, whenever you want, however you want, anywhere you want," said Bentancourt.

That recipient can reach Bentancourt by reaching out through her foundation Facebook page Fundacion Stefano Steenbakkers Betancourt.