Montgomery County authorities say they have charged a 28-year-old woman with the attempted murder of her 3-year-old daughter.

WHEATON-GLENMONT, Md. (FOX 5 DC) - Montgomery County authorities say they have charged a 28-year-old woman with the attempted murder of her 3-year-old daughter.

Anne Catherine Akers is facing several charges including attempted second-degree murder and child abuse after police say they found her and her daughter - both with cuts to their necks - believed to have been made with scissors.

The incident was reported on Saturday after a relative observed blood on the floor at Akers' home on the 13000 block of Hathaway Drive in the Wheaton-Glenmont area. 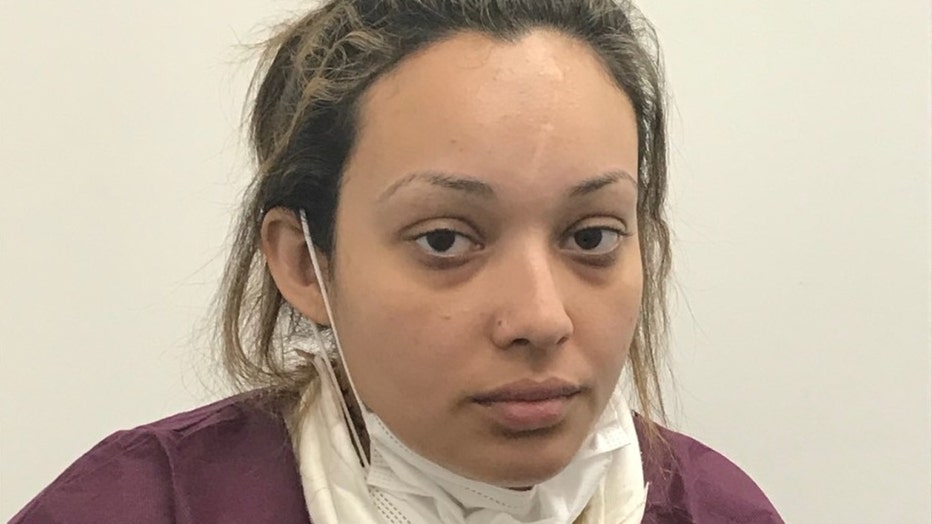 When officers arrived they found blood and a pair of scissors on the floor and located Akers in a bedroom with a laceration to her neck. When they took away a blanket she was holding they found her three-year-old daughter with a life-threatening cut to her neck and immediately began emergency treatment. Akers was hospitalized with serious injuries and her daughter was flown to a hospital with life-threatening injuries.

Doctors who treated the girl said the life-saving actions taken by the first responders likely saved her life, authorities say.

Akers is being held without bond at the Central Processing Unit and will have a bond review Monday at the Rockville District Court.