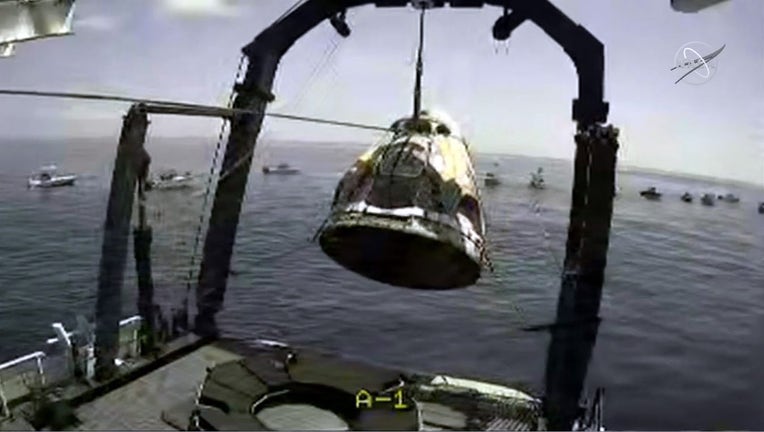 Dragon Endeavour is lifted out of the waters of the Gulf of Mexico and onto the SpaceX "GO Navigator" recovery vessel. Image credit: NASA TV

CAPE CANAVERAL, Fla. - The astronauts flying SpaceX back to Earth this weekend urged boaters to stay safe by staying away from their capsule’s splashdown in the Gulf of Mexico.

NASA and SpaceX are promising more Coast Guard patrols and fewer pleasure boaters for Saturday morning’s planned splashdown off the Florida coast — the company’s second return of a crew. The trip home for the four astronauts was delayed from Wednesday because of high winds forecast for the area.

"I don’t think any of us are too worried in terms of landing on a boat," he said during a news conference Monday from the International Space Station. 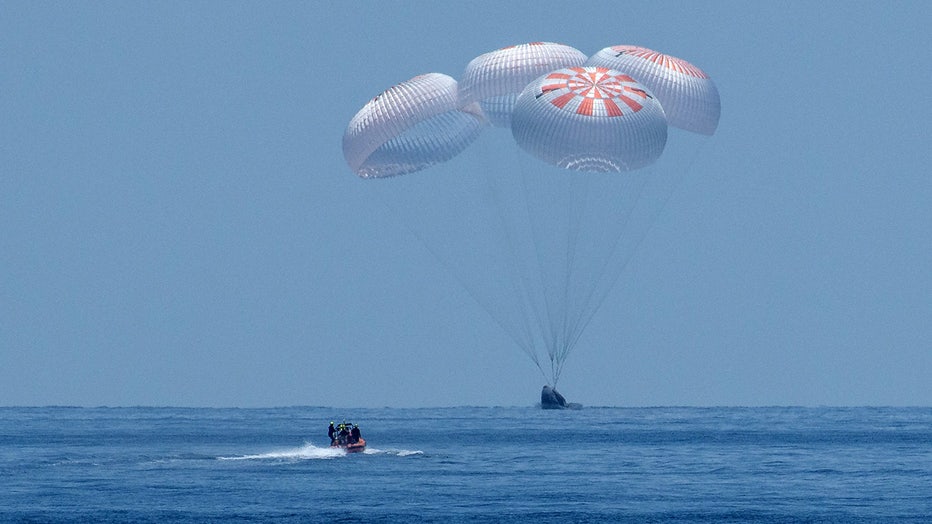 The SpaceX Crew Dragon Endeavour spacecraft is seen as it lands with NASA astronauts Robert Behnken and Douglas Hurley onboard in the Gulf of Mexico off the coast of Pensacola, Florida, Sunday, Aug. 2, 2020. Photo credit: NASA/Bill Ingalls

Leaking fuel from the capsule’s thrusters could endanger people outside the capsule. A crowd could also hamper SpaceX’s recovery effort.

Hopkins is winding up a six-month mission, along with U.S. crewmates Victor Glover and Shannon Walker, and Japan’s Soichi Noguchi. Their replacements arrived Saturday on their own SpaceX capsule.

When Hopkins and his crew launched last November, they hoped to return to a world where COVID-19 held less of a grip than it does. They will go into semi-quarantine for a while, Walker said, to give their space-weakened immune systems time to bounce back. 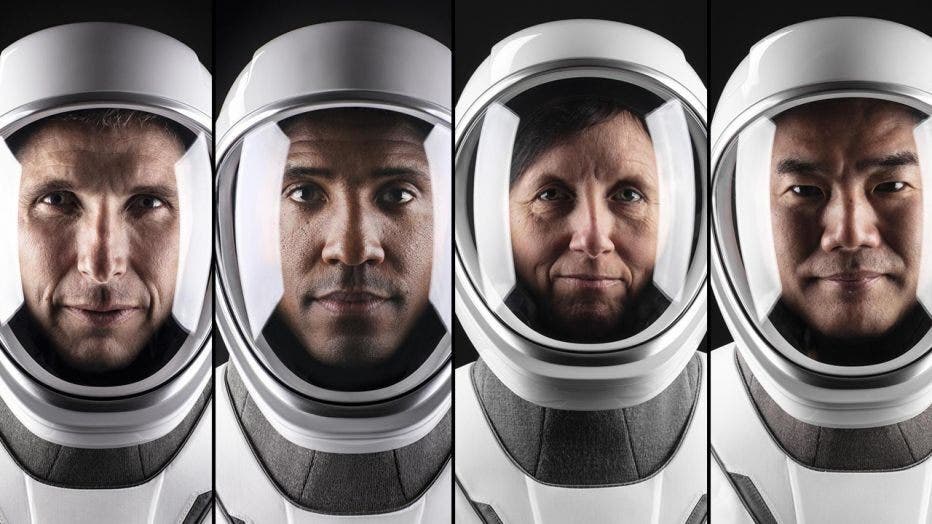 They’ll roll up their sleeves for their first vaccine shot seven to 10 days after splashdown.

"We definitely have enjoyed not wearing masks up here," Walker said. "And having to go back and wear masks — well, it’s what we will do because that is the right thing to do."