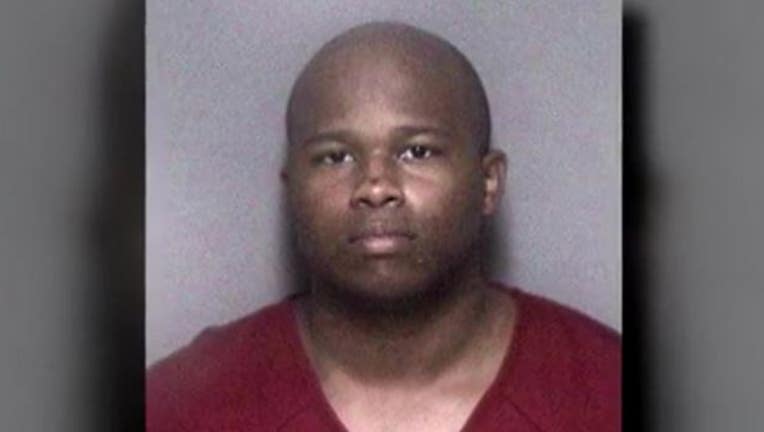 DUBLIN, Calif. - The mother of an Alameda County sheriff's deputy accused in a shooting that left a married couple dead in Dublin says her son had been in a romantic relationship with one of the victims, the deputy's mother told KTVU Thursday.

Deputy Devin Williams Jr., 24, is being held without bail at the same facility where he had worked just hours before the violence. He is accused of fatally shooting Maria Tran, 42, and her husband of two decades, Benison Tran, 57, at their home on Colebrook Lane early Wednesday.

Anitra Williams, the accused killer's mother, said she had warned her son against being with Maria Tran, whom he had met at John George Psychiatric Hospital in San Leandro, where Tran worked as a nurse. She said her son was "blinded by love."

But Anitra Williams said she believed Maria Tran hadn't told her son the truth when they began dating back in January.

Deputy Devin Williams Jr. phoned Dublin police while driving south to the Central Valley. He was taken into custody with the help of CHP officers in Coalinga and the Fresno County sheriff's office.

Tran "represented herself as an unmarried woman," Anitra Williams said. "In fact, her exact words were she was a 35-year-old single parent who had been recently divorced."

She says she urged her son to stay clear of her.

Anitra Williams made clear the violence is unacceptable.

"Bottom line is right now there's a young boy that's missing both his mother and father," she said. "I don't condone anything that happened."

She said her son called her while driving in the Central Valley after the slayings.

"I told him the cowardly thing to do would be to take your life. I talked to my son and told my son, tap into who I raised you to be," she said,

The deputy then called Dublin police, spoke to Chief Garrett Holmes for about 45 minutes and agreed to surrender to California Highway Patrol officers in Coalinga (Fresno County).

Williams was a former Stockton police officer but failed his probationary period after a year.

"Our people are saying, 'Did we miss something? Did we not do something right?’" said Lt. Ray Kelly of the sheriff's office, which provides police services to Dublin.

Kelly said a through background check revealed no red flags with Williams, who was hired exactly a year before the slayings.

Kelly said no one was aware of the deputy's inner turmoil.

"Somewhere in the last several months of his life, some significant events happened that led up to this moment. A lot of those events went undiscovered and undisclosed," Kelly said.