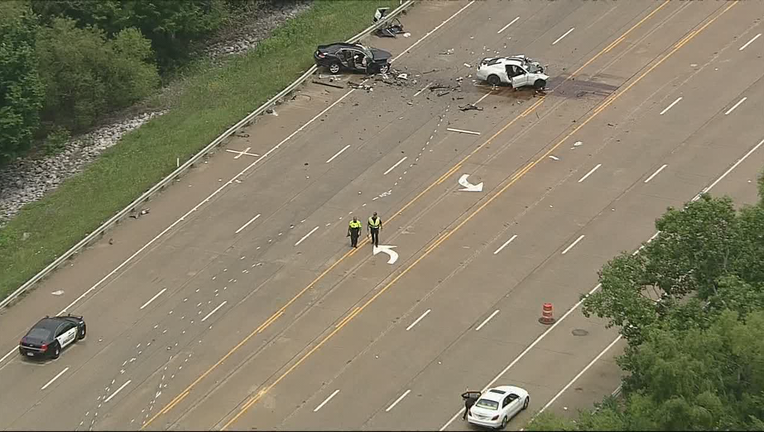 DENTON, Texas - A portion of Highway 380 was shut down for several hours Sunday afternoon as authorities worked a head-on crash that resulted in the deaths of two children and an adult.

Investigators found that two vehicles crashed into each other head-on. There were two people in one car, while there were two adults and two children in the other.

One person was pronounced dead at the scene, while the five others were taken to area hospitals.

The two children, a 1-year-old and 5-year-old, later died from their injuries.

Police said one of the injured adults is in stable condition, while the two others remain hospitalized in critical condition.

There were two other vehicles involved, but no one was injured in those vehicles.

Authorities are continuing their investigation into what caused the head-on collision.