The crash happened near FM 1431 and Tyler Trail, according to the Travis County Sheriff's Office.

TRAVIS COUNTY, Texas - Officials say multiple people are reportedly hurt after a plane crashed in northwest Travis County. Three patients were involved in the crash, according to the Austin-Travis County Emergency Medical Services.

It took first responders some time to find the plane and the rescue was difficult since it crashed 50 to 75 yards into a wooded area, according to Fire Chief Donnie Norman. When first responders made contact with the plane, it was upside down.

Two STAR Flight helicopters had been requested to the scene. 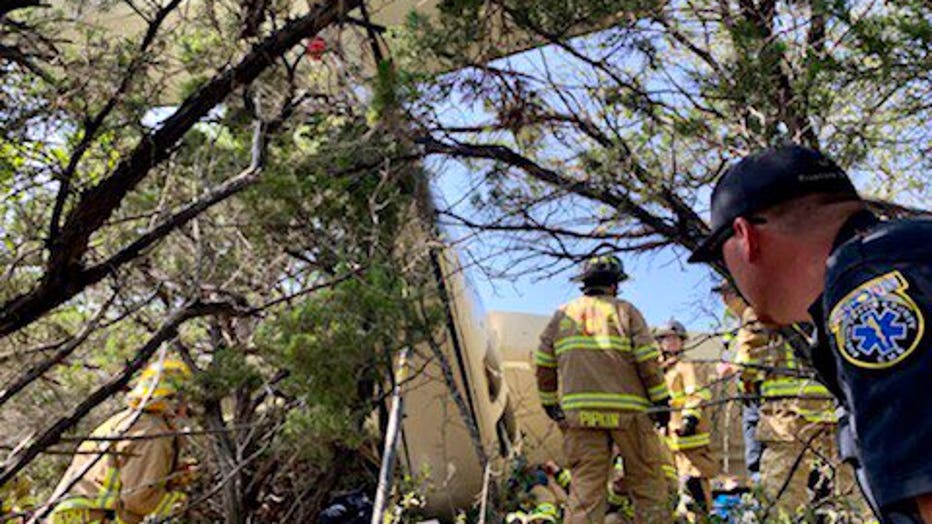 All three patients have been transported from the scene, according to ATCEMS.

One patient was taken to St. David's Round Rock Medical Center with potentially serious injuries by Lake Travis Fire Rescue. The two other patients were transported to Dell Seton Medical Center at The University of Texas by STAR Flight.

The crash happened near FM 1431 and Tyler Trail, according to the Travis County Sheriff's Office.