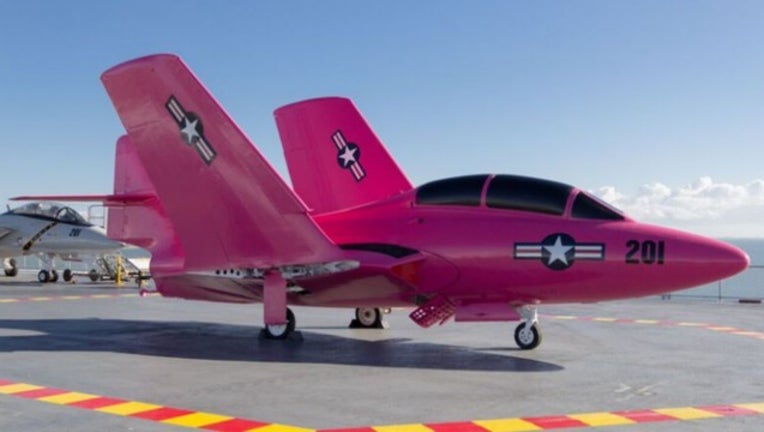 Photo/USS Lexington Museum on the Bay

A pink F9F-8 Cougar fighter jet parked on the ship's deck was unveiled as a commemoration of October being Breast Cancer Awareness Month.

The brainchild of the museum's director of operations and exhibits, Rusty Reustle, the pink Cougar will grace "Lady Lex" through the end of the month, the museum said in a statement.

Reustle said he came up with the idea after watching technicians from Disney mix dishwashing liquid with latex paint to color items used in the 2001 Ben Affleck film "Pearl Harbor", which was filmed on the Lexington.

The solution prevents the coat of paint from being permanent.

The museum said a fighter jet like the Cougar was chosen as a representation of the "fight" those afflicted with cancer wage against the disease.