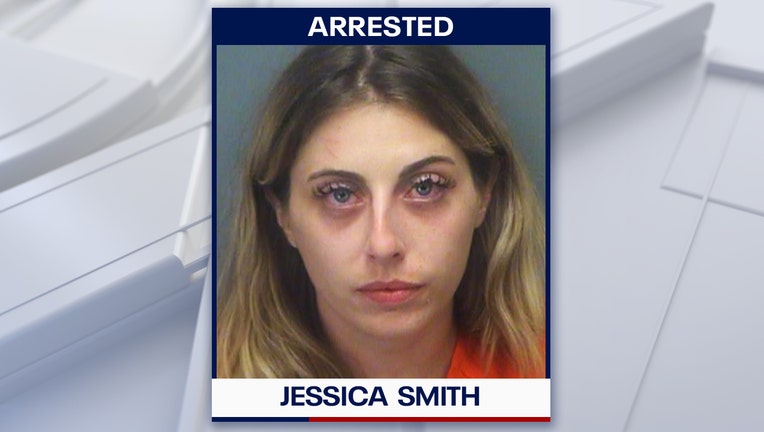 DUNEDIN, Fla. - While Pinellas deputies were in the middle of a tense standoff with an armed man on the roof of a Dunedin home on Sunday, they said a naked woman who drove through the scene on a golf cart made the situation even more dangerous for law enforcement.

Deputies were setting up a perimeter outside of a home in the 1100 block of Michigan Blvd just after midnight on Sunday after they said 18-year-old Myles Abbott fired a gun at people in the area, ran from deputies and climbed onto the roof of the house, pointing the firearm at them. It was the beginning of a SWAT standoff that lasted six hours.

As Smith approached the home where the armed standoff was happening, deputies said she ignored their commands to leave the scene.

Smith then refused to get out of the golf cart, so deputies took her out and handcuffed her.

According to the affidavit, Smith had "a distinct odor of an alcoholic beverage coming from her person, and she was completely nude."

"The defendant's actions and inability to follow directions put multiple deputies at risk for potentially getting shot at," investigators said in the affidavit.

Deputies arrested Smith and charged her for resisting an officer without violence.