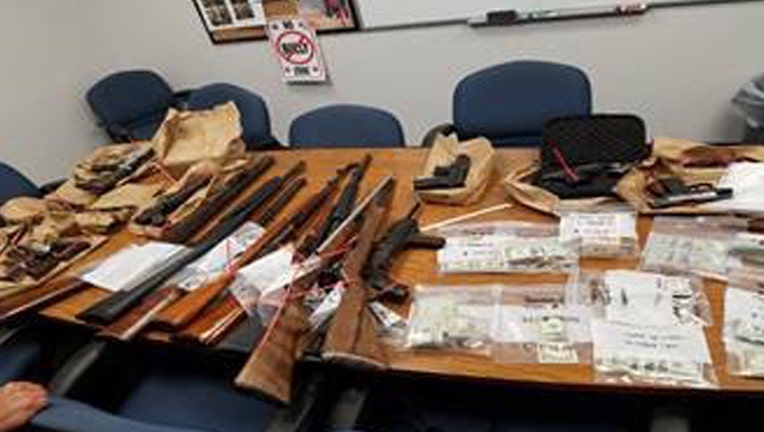 Police say about $90,000 worth of beer stolen from a Central Texas distributor has been recovered from a farm where two men were arrested on alcohol violations.

An Austin distributor on Sept. 30 reported the alcohol theft. Forshee says an undercover operation led to a site near Dale, 30 miles southeast of Austin, where officers from several agencies carried out a raid Wednesday.

Forshee says officers seized more than $100,000, about 20 firearms and 719 12-packs of beer. Two brothers were arrested on misdemeanor charges of distributing alcohol without a license.

Forshee says most of the beer reported stolen last month was recovered during Wednesday's raid.