A transgender Netflix employee, who openly criticized a new Dave Chappelle comedy special that featured commentary they believe crossed the line into potential hate speech, has been suspended, according to a report.

Netflix software engineer Terra Fied tweeted Wednesday about Chappelle’s comedy special, "The Closer," and wrote that the comedian "attacks the trans community, and the very validity of transness."

The tweet was followed by a slew of 47 other tweets from Fied who listed names of other members of the transgender community who have been killed and the thread quickly entered viral territory catching the eye of the streaming giant.

RELATED: Dave Chappelle returning to DC to reopen The Anthem

According to The Verge, Netflix then suspended Fied and two other employees for allegedly attempting to attend a meeting with company directors that they weren’t invited to. Per Variety, an investigation is pending. Additionally, another Netflix employee is said to also be leaving the company over the suspension and the manner in which the claims of transgender attacks were handled.

A rep for Netflix did not immediately respond to FOX Business’ request for comment.

The company told The Verge in a statement that Fied was not suspended for tweeting her thoughts on the original special.

"It is absolutely untrue to say that we have suspended any employee for tweeting about this show," Netflix said. "Our employees are encouraged to disagree openly and we support their right to do so."

Meanwhile, Netflix co-CEO Ted Sarandos responded to employee questions about the decisions to release the special. Employees reportedly said the company "repeatedly provide[s] a platform for content that is harmful to the trans community" and asked what would be done to curb the practice moving forward. 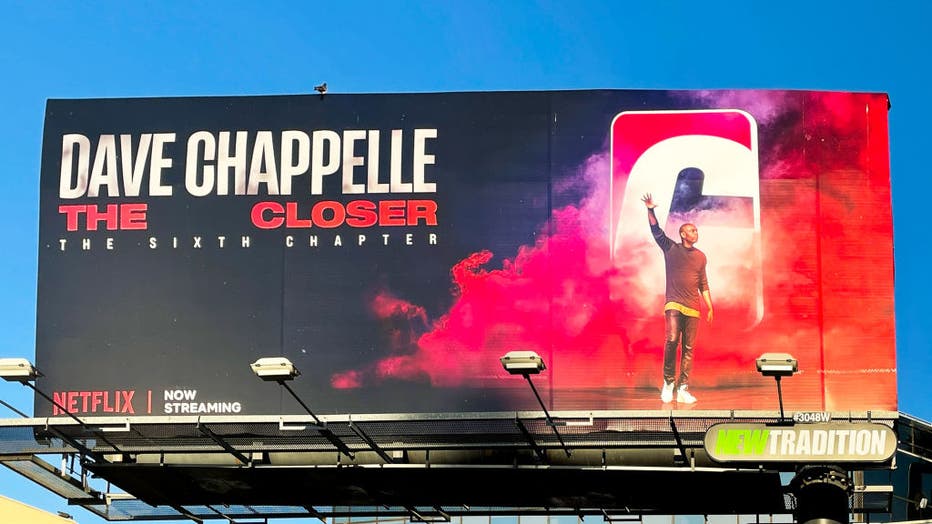 Sarandos reportedly defended the comedy special in an email to employees on Friday and said Chappelle’s previous special, "Sticks & Stones," is Netflix’s "most watched, stickiest, and most award winning stand-up special to date."

That particular special currently has a 99% audience score with more than 25,000 reviews on Rotten Tomatoes.

"It never feels good when people are hurting, especially our colleagues," Sarandos reportedly wrote. "You should also be aware that some talent may join third parties in asking us to remove the show in the coming days, which we are not going to do."

"Several of you have also asked where we draw the line on hate," he added. "We don’t allow titles on Netflix that are designed to incite hate or violence, and we don’t believe ‘The Closer’ crosses that line. I recognize, however, that distinguishing between commentary and harm is hard, especially with stand-up comedy which exists to push boundaries. Some people find the art of stand-up to be mean spirited but our members enjoy it, and it’s an important part of our content offering."

Despite many like Netflix’s own "Dear White People'' showrunner Jaclyn Moore coming out strong against the special, Chappelle himself has been able to laugh off the backlash, even getting a standing ovation during an appearance at the Hollywood Bowl last week.

While much of the talk surrounding "The Closer" has to do with comments many have deemed to be transphobic, it seems hundreds of people have flocked to the popular film and TV critical aggregator to share their positive thoughts on the special. Currently, even amid the backlash, more than 1,000 ratings collected by the site have given it a 97% audience score.

FOX Business’ Tyler McCarthy contributed to this report. Read more of this story on FOX Business.