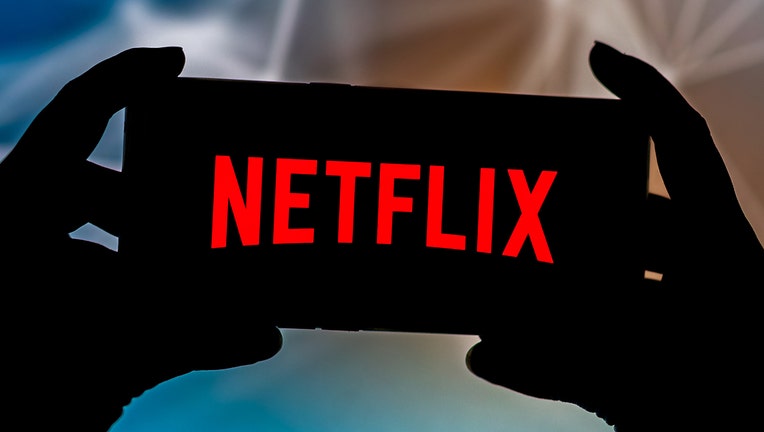 POLAND - 2021/09/23: In this photo illustration a Netflix logo seen displayed on a smartphone. (Photo Illustration by Mateusz Slodkowski/SOPA Images/LightRocket via Getty Images)

In its quarterly letter to shareholders, the streaming giant said the tally includes over 30 million in the U.S. and Canada.

"Account sharing as a percentage of our paying membership hasn’t changed much over the years, but, coupled with the first factor, means it’s harder to grow membership in many markets – an issue that was obscured by our COVID growth," Netflix said.

The shares fell on Wednesday heading for the worst day on record.

In order to "reaccelerate" viewing and revenue growth, Netflix said it would focus on how best to monetize sharing.

"There’s a broad range of engagement when it comes to sharing households from high to occasional viewing," it said. "So while we won’t be able to monetize all of it right now, we believe it’s a large short- to mid-term opportunity. As we work to monetize sharing, growth in ARM, revenue and viewing will become more important indicators of our success than membership growth."

Netflix ended the first quarter with 200,000 fewer subscribers than it had in the fourth quarter, missing on its own projection of adding 2.5 million customers in the period. The streaming service said it expected to lose 2 million global subscribers in the second quarter.

CEO Reed Hastings said in the company’s first-quarter earnings interview that after years of insisting it would stick solely to subscription-only plans, Netflix is open to experimenting with lower-cost, ad-supported packages.

"Those that have followed Netflix know that I’ve been against the complexity of advertising and a big fan of the simplicity of subscription," he said. "But as much as I’m a fan of that, I’m a bigger fan of consumer choice. And allowing consumers who would like to have a lower price and are advertising-tolerant [to] get what they want, makes a lot of sense."

Get updates on this story from FOX Business