Consumers sharing their Netflix account with family or friends outside their household will have to pay extra starting early next year.

"We’ve landed on a thoughtful approach to monetize account sharing and we’ll begin rolling this out more broadly starting in early 2023," the world's largest streaming service wrote in its quarterly shareholder letter on Tuesday. "After listening to consumer feedback, we are going to offer the ability for borrowers to transfer their Netflix profile into their own account, and for sharers to manage their devices more easily and to create sub-accounts ('extra member'), if they want to pay for family or friends."

Netflix expects the profile transfer feature will be "especially popular" in the U.S. and 11 other countries where its new $6.99 per month ad-supported plan will be available starting Nov. 3. The other countries include Australia, Brazil, Canada, France, Germany, Italy, Japan, Korea, Mexico, Spain and the United Kingdom.

Under the Basic with Ads plan, users will see an average of four to five minutes of ads each hour. 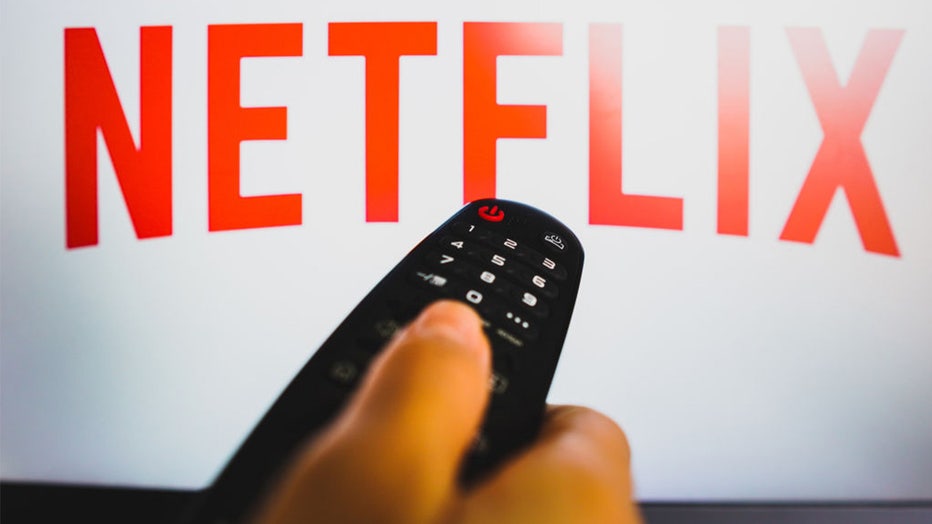 FILE - A hand holding a TV remote control in front of the Netflix logo on a TV screen. (Rafael Henrique/SOPA Images/LightRocket via Getty Images)

Netflix announced its plans to crack down on password sharing earlier this year after the company reported its first-ever decline in subscribers. At the time, Netflix estimated that approximately 100 million households were streaming its content without paying, including 30 million in the U.S. and Canada.

In August, the company expanded its password sharing crackdown by testing an "add a home" feature in Argentina, the Dominican Republic, El Salvador, Guatemala and Honduras.

The add a home feature asks users to pay an extra monthly fee for streaming through a TV or TV-connected device located outside a primary household linked to their account. The fee was $1.70 per month in Argentina and $2.99 per month in the Dominican Republic, El Salvador, Guatemala and Honduras.

As a result, the company will no longer provide guidance for paid membership starting with its fourth quarter shareholder letter in January. However, it will continue to report its total global and regional membership each quarter along with revenue, operating income, operating margin, net income, earnings per share and fully diluted shares outstanding.

On Tuesday, Netflix revealed that it gained 2.4 million subscribers in the third quarter, exceeding its own projection of 1 million and lifting its total subscriber count to about 223 million. More than half of the new subscribers — roughly 1.4 million — were added in the Asia Pacific region, the company said.

Looking ahead, the company expects to add 4.5 million more subscribers in the final quarter of the year versus 8.3 million prior year.

Fourth quarter revenue is estimated at $7.78 billion. and net income at $163 million.