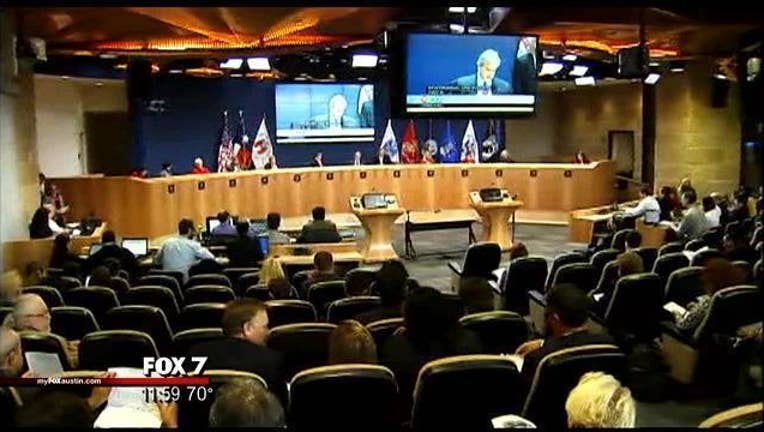 Mayor Steve Adler started the meeting letting everyone in the chamber know that he came prepared with the newest version of Robert's Rules of Order. Adler, who campaigned on a new way forward, brought a piece of his past with him to the Dias. He read the inscription on his first copy of Robert's Rules which his father gave to him when he was elected junior high school class president.

Council wasted no time getting down to business even with a light agenda. The new group is still learning the ropes and how the city works. Leading up to Thursday's meeting Adler has called a series of policy discussions.

One issue that all of the council members heard over and over again out on the campaign trail is how unaffordable Austin is becoming. Council voted, 10-1, to create a Regional Affordability Committee. The committee would bring groups together like AISD, Cap Metro, and elected leaders in both Travis and Williamson counties to tackle the different problems presented for people being priced out of the area.

"It's such a complex issue so the goal is to eliminate duplication and see how we can help people and affect change on the monthly bottom line for people," said Garza.

"That's an easy vote to vote against," said District 6 council member Don Zimmerman. Zimmerman founded the Travis County Taxpayer's Union and believes it's in the best interest of the taxing entities involved in the committee to raise taxes.

"There's no representation from taxpayer advocate groups so they don't have a voice," said Zimmerman. Troxclair, a conservative, noted the group is just a committee and there will be opportunity for public hearings and she hopes taxpayer advocates will be involved in the process.

"I think it will be good but my point was how many more studies do we need to show the hurt in the community," said Pena.

Council also voted asking the city manager to bring back more information about the process for council members and the mayor to shift their salaries. Mayor Steve Adler has said he wants to forgo his salary to pay for more staffers. Some council members voiced their concerns about the precedent this could set and how it could be brought up as a campaign issue. Adler said he would publicly denounce that action.