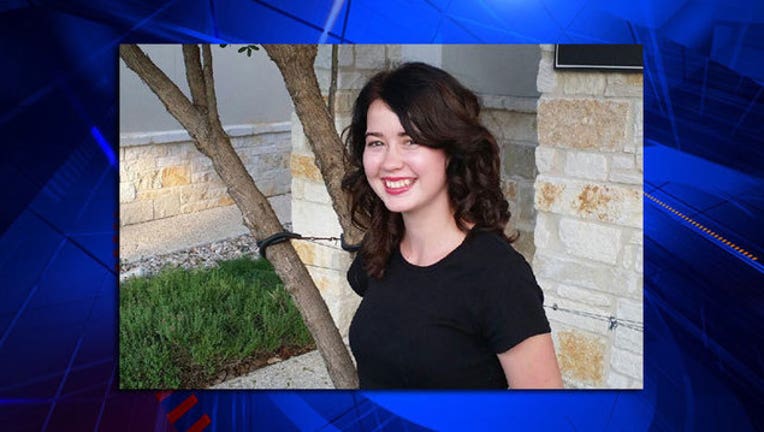 AUSTIN, Texas - The image of a smiling Sabrina Allen was taken at an undisclosed location where counselors are helping her adjust to a life which she may not even remember.

Sabrina is now a teenager and yet the child whose face was on a missing persons poster for the past 12 years is still recognizable for Andrea Sparks.

"She was right outside my office door, and so I'd walk out every evening and see her little face, and pigtails, and just seeing her now, she is still in there, she is still that little girl," Sparks says.

Sparks is Regional Executive Director with the Center for Missing and Exploited Children. She has already replaced Sabrina's poster with another.

"That says we are still looking for a lot of kids," said Sparks.

According to federal reports- 46,140 children were reported missing last year in Texas. The top three counties with the most cases include:

Many are runaways or were taken by a family member. For each one, the rescue of Sabrina Allen provides motivation to keep searching, according to Sparks.

"Every time one of these long term missing children is recovered it's just another sign you should have hope you just never know when that child is going to return," Sparks says.

One of the most recent cases is two-year-old Sarah Pitman. She was reported missing September 23rd. It's believed she is with her parents but authorities fear Sarah may also be in danger.

"There is a likelihood someone will see this child and call in," said Sparks.

To get more people involved in this case and others like it, the center has a web link for regional e-mail alerts. They are intended to be shared.

The agency not only helps search for missing kids. There is also an aggressive prevention program. It's designed to help children identify threats.

The center has also started a new campaign to help educate those working in the child welfare system. Children in the system, according to Sparks, are extremely vulnerable to exploitation and the goal is to help government and private social workers recognize the red flags even if they have limited contact with the kids.

"We are trying to recruit people to help us to do the training, because we can't train seven million kids on our own," said Sparks.

A team effort that could be even bigger and better than the one that brought Sabrina home.