The race for the White House is surprisingly close in Texas, according to recently published polls.

DALLAS - The race for the White House is surprisingly close in Texas, according to recently published polls.

With just a week left before Election Day, Joe Biden’s campaign is making a push for the traditionally red state. The new numbers show he may be in a position to become the first Democratic presidential candidate to win in Texas in more than 40 years.

A poll from UT-Tyler and The Dallas Morning News has Biden up three points over President Trump among likely voters.

A University of Houston poll has Trump ahead five and a New York Times/Sienna poll has Trump up four points. All three of the polls were released in the last 48 hours.

“It can drive you crazy to look at polls when they're coming out as fast and furiously as they are now,” said SMU political science professor Cal Jillson.

“Real Clear Politics and FiveThirtyEight.com [averages] show Biden up by eight or nine points nationally and Trump to be up three or four points in Texas. That’s still pretty close, because Trump won by nine in 2016.” 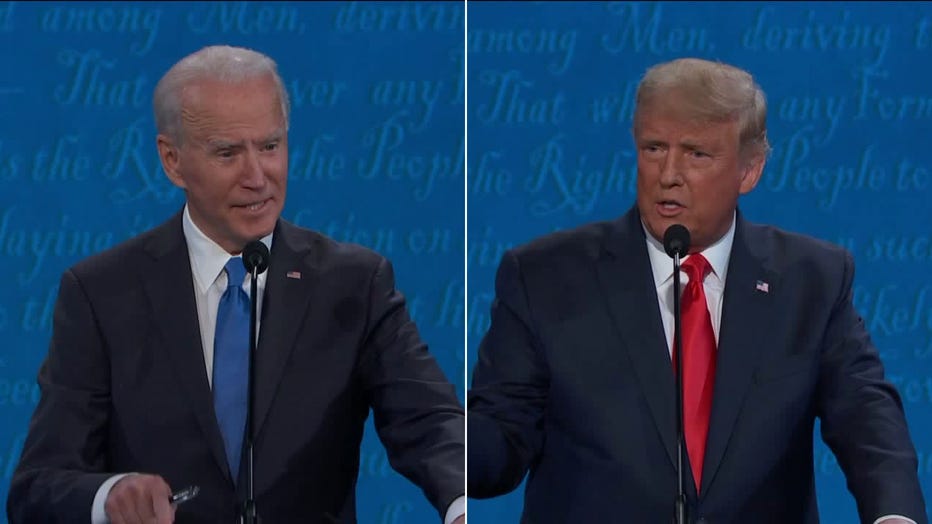 With the race seemingly that close, vice presidential nominee Kamala Harris is set to make campaign stops in North Texas and Houston this Friday.

She spoke in Michigan, another swing state, Sunday about the campaign’s priorities with just over a week left in the campaign.

"Can you just tell me, where does Georgia and Texas fit into your path to 270? And do you think that those states are winnable, and then, secondly, what do you say to some Democrats who are worried that you're playing the battleground too wide and should focus instead on winning Midwestern states like this one and Wisconsin and Pennsylvania?” a reporter asked.

"The bottom line is, we're focusing on every state, and we are working to earn the vote of every American regardless of where they live," Harris replied.

The Trump campaign apparently does not think Texas is a battleground state.

Political scientist weighs in on the reliability of polls

Some polls put President Donald Trump ahead and other say challenger Joe Biden will win. So which one, if any, should you believe? Dr. Cal Jillson, a professor of political science at SMU, gives Good Day some insight on how polls work.

Onlookers say Texas in undoubtedly more competitive than it has been in recent elections.

“I think it’s in play,” said Democratic consultant Lillian Salerno. “I think it’s still too soon to pop open any champagne bottles at this point.”

A GOP consultant said any Democratic gains will be short lived.

“This is Trump. There’s nothing more or less to it, this is all about Trump,” said Vinny Minchillo. “Trump is the best thing to happen to the Democrats since FDR and when he goes away, there’s going to be a real problem for Democrats.”

Beyond the top of both tickets, there’s an intense battle over state and congressional seats in Texas. The New York Times/Siena poll shows 12 congressional districts won by the president four years ago in the state are set to go Democratic this cycle.

“Democrats are going to have a good year in Texas. Doesn’t mean they're gonna win the state, but they're going to win in pockets all over the state,” Jillson said.

New poll shows Biden slightly ahead of Trump in Texas