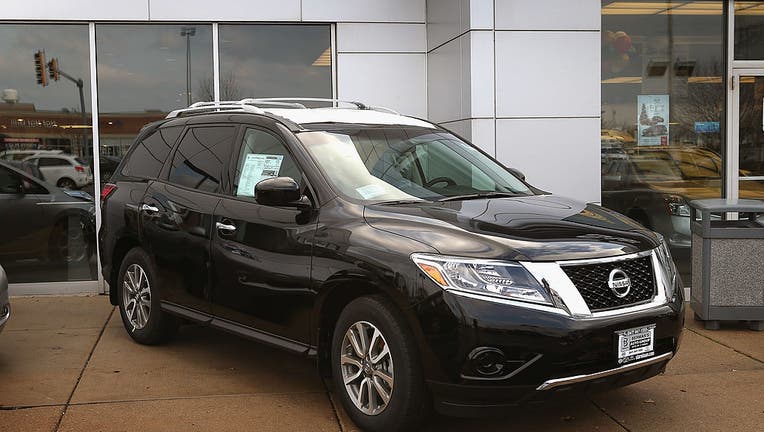 A 2013 Nissan Pathfinder is displayed at Star Nissan on December 3, 2012 in Niles, Illinois.

WASHINGTON (AP) - Nissan is recalling nearly 323,000 Pathfinder SUVs in the U.S. because the hoods can unexpectedly fly open and block the driver's view.

The recall covers Pathfinders from the 2013 through 2016 model years.

The automaker says in documents posted Tuesday by U.S. safety regulators that dust and dirt can accumulate on the secondary hood latch. That can cause it to malfunction and stay unlatched even when the hood is closed. The hood could fly open if the main latch is inadvertently released or not closed properly after engine service.

Nissan is working on a remedy. Owners are expected to be notified by letter starting July 18. They'll be notified again once a repair is developed.