A postal worker in New Jersey faces charges of tossing mail in a dumpster. The mail included election ballots that never got to voters.

NEW JERSEY - A mail carrier in New Jersey was arrested on Wednesday for discarding a large amount of mail, including general election ballots.

Authorities claim approximately 1,875 pieces of mail he was supposed to deliver – including 627 pieces of first-class, 873 pieces of standard class, two pieces of certified mail, 99 general election ballots destined for residents in West Orange, and 276 campaign flyers from local candidates for West Orange Town Council and Board of Education – were recovered from dumpsters in North Arlington and West Orange on Oct. 2, 2020, and Oct. 5, 2020.

The mail has been sent back out for delivery after copies were made for evidence.

Beauchene admitted to dumping the mail but insisted it was not politically motivated, according to prosecutors.

He faces one count of delay, secretion, or detention of mail and one count of obstruction of mail. He was scheduled to appear Wednesday afternoon in Newark federal court.

It was unclear if he had a lawyer who could speak on his behalf. 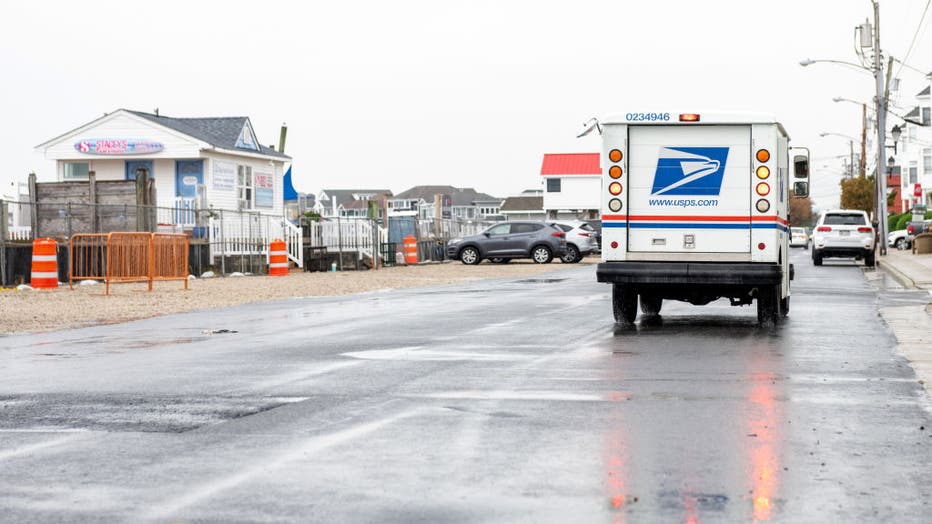 A USPS mail truck is seen on an empty road in the rain as the state of New Jersey. (Photo by Alexi Rosenfeld/Getty Images)