Prosecutors presented a proffer that included details of the last moments of Serenity’s life before Austin allegedly slashed her throat with a serrated knife and repeatedly stabbed her.

Simone Austin, 27, is charged with one count of first-degree murder in connection to the Saturday death of Serenity Arrington, Chicago police said.

Prosecutors presented a proffer that included details of the last moments of Serenity’s life before Austin allegedly slashed her throat with a serrated knife and repeatedly stabbed her.

According to prosecutors, Serenity’s 8-year-old sister told detectives that she was in a bedroom in their apartment in East Garfield Park on the city’s West Side when Austin told her to leave the room. The girl did so but then, looking through a hole in the door, she saw her mother pull a knife from under the pillow and attack her sister. According to the proffer, Serenity told her mother she was sorry and pleaded for her to stop. 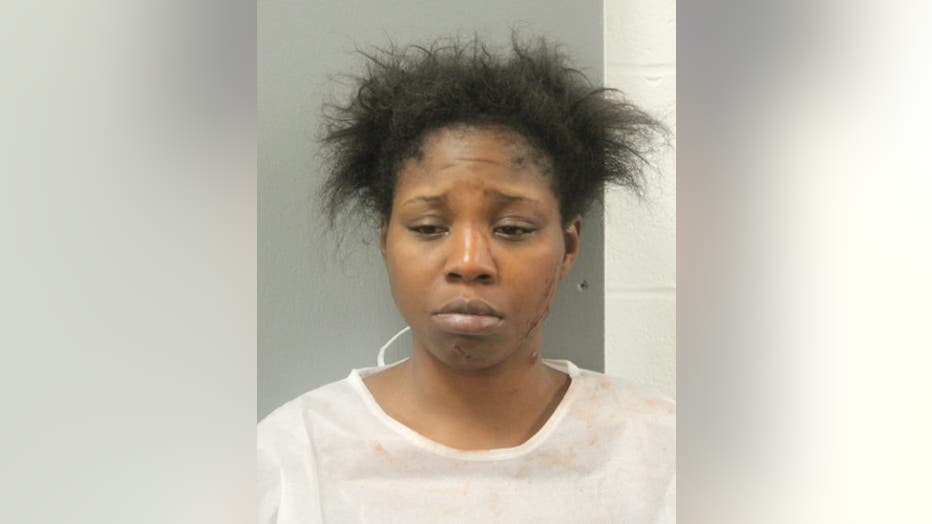 At a press briefing before the hearing, Chicago Police Superintendent David Brown said the 27-year-old Austin had refused to talk to police so it remained unclear exactly why she may have attacked her daughter. In the proffer, the older girl perhaps provided an explanation; she told detectives that her mother had been walking around the apartment holding a knife after the older girl spilled eggs on the porch.

After Serenity was stabbed, according to Brown, Austin carried her out to the street and placed her on the ground and laid down next to her until firefighters arrived.

The child was rushed to Stroger Hospital, where she died a short time later. An autopsy ruled her death a homicide.

A 5-year-old girl was fatally stabbed Saturday morning in East Garfield Park on the West Side. Police said Sunday that she was killed by her own mother.

Austin is due in court again Oct. 19.

Neighbors say Arrington had just moved to the block this summer, but in a short amount of time she made a big impression with her friendly smile.

Neighbors told Fox 32 News that the attack seemed out of character for Austin.

POLICE SEARCH FOR MISSING WOMAN WHO IS 8 MONTHS PREGNANT

ONE PERSON SHOT AS FIGHTS BREAK OUT AT HAUNTED HOUSE

FOX 32 News and the Associated Press contributed to this report.