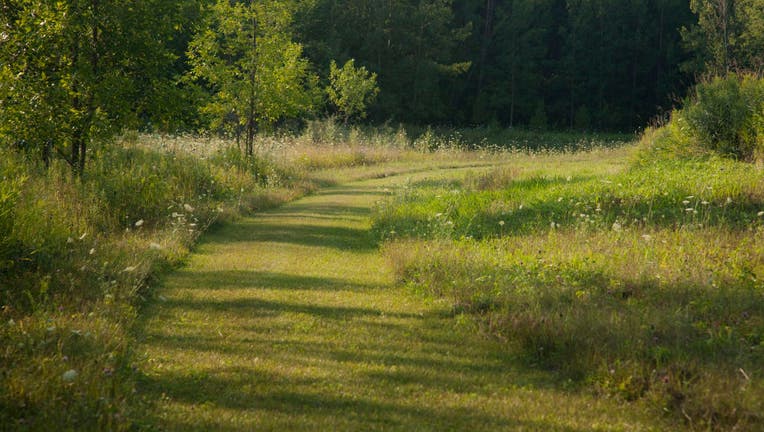 Finally, an excuse to not mow your lawn – ‘No Mow May!’ It is a real effort to create more food and habitat for pollinators like bees. Participants just watch the grass grow and the bees and butterflies feed away.

"If you create the habitat, they’ll come," said Matthew Shepherd, Director of Outreach and Education for the Xerces Society spearheading the effort through Bee City USA. "There's a kind of societal or cultural pressure to have an immaculate, unblemished, consistent and even green lawn. But that doesn't happen naturally."

A British environmental group, Plantlife, started ‘No Mow May’ in 2019 and Appleton, Wisconsin was the first town in the U.S. to adopt the effort in 2020.

Results of a study on Appleton lawns, conducted by Lawrence University wowed researchers when they compared bee numbers of non-mowed lawns to local mowed parks. Scientists found five times the number of bees and three times more bee species feasting on lawns. ‘No Mow May’ caught on from there.

She wanted an easy way for everyone to take part in the effort to save the pollinators that didn’t require expensive gardens and a green thumb.

"There's millions and millions of Americans who have yards," she said of her research which she tries to make actionable by the public. "I like to test using very rigorous science how different types of management behaviors, whether it's mowing grass or planting native plants, or doing specific things for wildlife…  to get the science and see how does wildlife respond?"

For two years, she and her team mowed lawns with different frequency. The "lazy lawnmower approach" – being very active while being lazy, was born.

She found the middle ground that provided habitat while keeping the lawn looking good.

Lawns are the largest irrigated crop in the U.S., outpacing corn, wheat and cotton. About 2% of land countrywide is made up of lawns - that's almost 32 million acres.

CLICK HERE TO GET THE FOX WEATHER UPDATE PODCAST

Why do we need bees

"More than 85% of all flowering plants are pollinated by bees," said Lerman. "It's estimated something like a $56 billion service that bees provide in terms of pollinating our crops. "If we want to eat, we need bees."

"Its one third of the mouthfuls of what we actually take in and about three quarters of food crops are insect pollinated," explained Shepherd.

MONARCHS MAKE A COMEBACK IN CALIFORNIA

"Just a little earlier today, I read on a comment from somebody who was reporting that he'd seen a monarch [butterfly] in Pennsylvania, which is about as far north as they go," said Shepherd. "'Yeah, but the only flowers that are in bloom providing nectar currently are dandelions'.  And so having dandelions might support a migrating monarch at this time of year."

Fireflies like longer grass along with ladybugs that devour aphids, damaging the garden.

FIREFLIES FIND ROMANCE BY GLOWING IN THE DARK

"No, Mow May isn't about just growing dandelions or simply not mowing for a month. We think of it as a starting point because conservation shouldn't be about weeds," said Shepherd who hopes to motivate efforts beyond May. "We hope that people will also be planting native plants, maybe reducing the area of lawn overall, maybe putting in flower borders, possibly thinking about the pesticide use in their gardens. It's just a starting point."