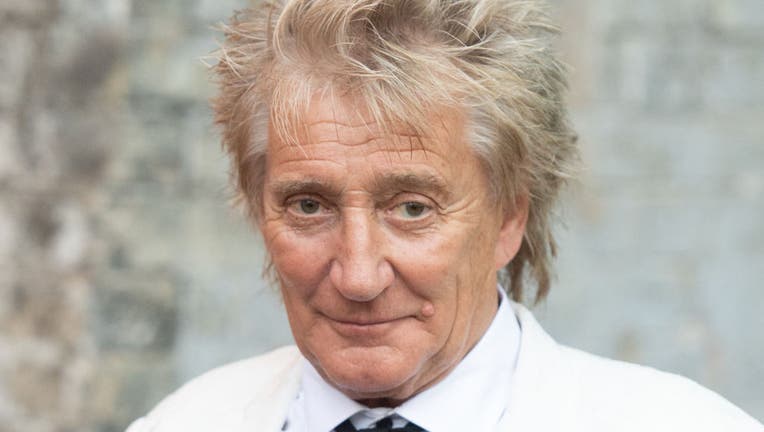 Rod Stewart attends the Sun's Who Cares Wins Awards 2021 at The Roundhouse on September 14, 2021 in London, England.

LONDON - Rock icon Rod Stewart took it upon himself to fix the potholes plaguing his neighborhood.

Stewart posted a video last week of himself repairing the potholes outside his Essex home wearing an Adidas tracksuit accompanied by a crew of workers.

"I'm repairing the street where I live because no one can be bothered to do it," Stewart said in a video posted to his Instagram account.

Stewart, 77, added that he decided to take matters into his own hands to protect his valuable sports car from getting damaged on the road.

"The other day there was an ambulance with a burst tire," he says in the video. "My Ferrari can't get through here at all, some and the boys thought we'd come and do it ourselves."

"Legend Rod! That road is a nightmare!!! Appreciate it," wrote one Instagram user. "Nicely filled," wrote another.

While many on the internet praised Stewart’s actions, not everyone was impressed.

An Essex County Council cabinet member warned that anyone who followed Stewart’s lead in attempting to fix potholes themselves would be liable for any accidents caused by the repairs, BBC reported.

"You can't take matters into your own hands," said Lee Scott, Essex County Council member responsible for highway maintenance. "People must always report potholes to the council and we will fix anything that's dangerous."

While authorities have urged residents to report potholes there have been countless reports of disgruntled people waiting on local government to fix the issue.

Last year, the Associated Press reported on a Florida man who was fed up with a private road in poor condition near his business so he decided to plant a banana tree in the pothole to warn other motorists.

Bryan Raymond planted the tree in a stubborn pothole along Honda Drive just off U.S. 41 in south Fort Myers. Raymond, who owns Progress and Pride Fitness Group, said the idea of planting a banana tree ripened in his mind after having to fill holes in the street with cement multiple times.

In 2019, Mississippi residents decided to erect a makeshift Christmas tree into a local pothole in hopes of getting local authorities to finally fix it.