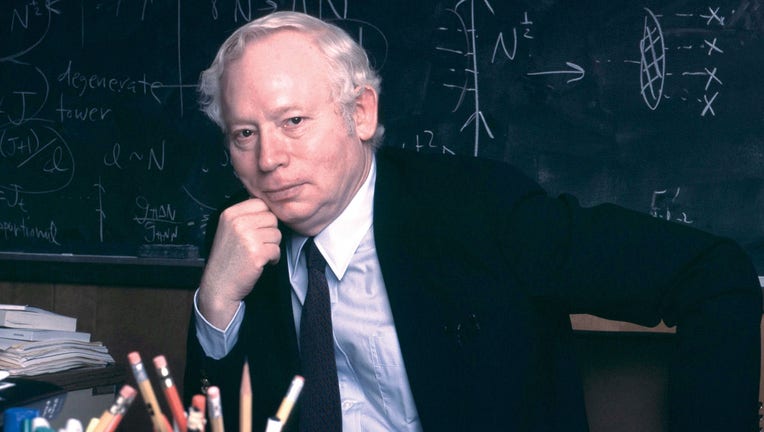 UT Austin says Weinberg was a beloved teacher and researcher, revered not only by the scientists who marveled at his concise and elegant theories but also by science enthusiasts everywhere who read his books and sought him out at public appearances a

AUSTIN, Texas - The University of Texas at Austin confirmed Saturday that Nobel laureate and longtime professor of physics and astronomy Steven Weinberg has died at 88.

He is survived by his wife, UT Austin law professor Louise Weinberg, and their daughter, Elizabeth.

UT Austin says Weinberg was a beloved teacher and researcher, revered not only by the scientists who marveled at his concise and elegant theories but also by science enthusiasts everywhere who read his books and sought him out at public appearances and lectures. Weinberg held the Jack S. Josey – Welch Foundation Chair in Science at UT Austin

"The passing of Steven Weinberg is a loss for The University of Texas and for society. Professor Weinberg unlocked the mysteries of the universe for millions of people, enriching humanity’s concept of nature and our relationship to the world," said Jay Hartzell, president of The University of Texas at Austin. "From his students to science enthusiasts, from astrophysicists to public decision-makers, he made an enormous difference in our understanding. In short, he changed the world."

In 1979 Weinberg was awarded the Nobel Prize in physics, which he shared with Abdus Salam and Sheldon Lee Glashow, for his work forming the standard model for particle physics. Weinberg most recently was awarded the Breakthrough Prize in Fundamental Physics in 2020.

"As a world-renowned researcher and faculty member, Steven Weinberg has captivated and inspired our UT Austin community for nearly four decades," said Sharon L. Wood, provost of the university. "His extraordinary discoveries and contributions in cosmology and elementary particles have not only strengthened UT’s position as a global leader in physics, they have changed the world."

Weinberg was the author of hundreds of renowned scientific articles about theoretical physics and astronomy, as well as numerous popular articles, reviews, and books including: "To Explain the World," "Dreams of a Final Theory," "Facing Up," and "The First Three Minutes."

"If there is no point in the universe that we discover by the methods of science, there is a point that we can give the universe by the way we live, by loving each other, by discovering things about nature, by creating works of art," Weinberg said in a PBS interview. "Although we are not the stars in a cosmic drama, if the only drama we’re starring in is one that we are making up as we go along, it is not entirely ignoble that faced with this unloving, impersonal universe we make a little island of warmth and love and science and art for ourselves."