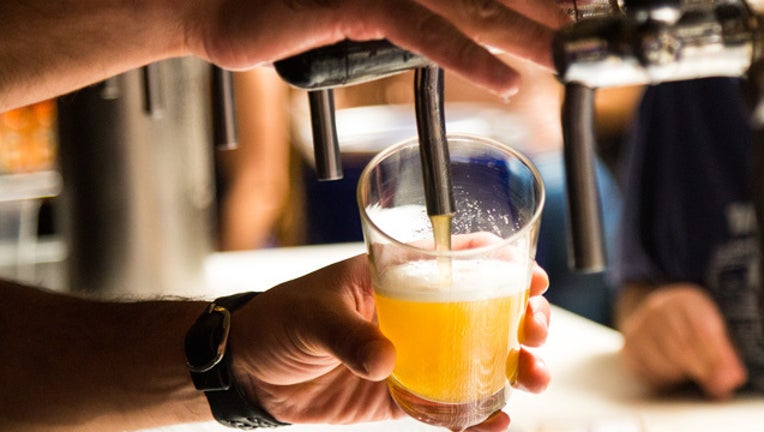 “There is a very narrow constriction in terms of what size a brewery can be to have certain rights,” he said. “We’re forced to make really absurd decisions based on how the laws are designed.”

On-site taprooms at breweries, for example, were illegal in Texas until five years ago. Trade organization Texas Craft Brewers Guild successfully lobbied to allow taprooms in 2013, giving way to the craft beer scene as many think of it today with tastings and tours.

However, some in the industry say changes to state law in 2013 did not go far enough, guild director Charles Vallhonrat said. With the creation of the CraftPAC, a political action committee formed by the guild in January, craft brewers are setting new goals for the next legislative session.

Many bills, many impacts

Legislation passed in 2013 that legalized on-site taprooms, and House Bill 3287, another beer regulation bill passed in 2017, have had mixed results for Texas’ craft brewers, said DeBower, who serves on the guild’s legislative committee.

Another 2013 bill prohibits breweries from selling six-packs or other forms of beer to-go sales to visitors. Customers must buy a craft brewery’s canned or bottled beers from a retail store.

The law does allow specially licensed brewpubs, such as Northwest Austin-based North by Northwest, to sell beer to-go. But state law prohibits brewpubs from producing more than 10,000 barrels of beer per year.

“[Taproom sales are] a main revenue driver for us. It accounts for about 30 percent of our revenue,” she said.

Vallhonrat said many guild members want the to-go revenue stream available to craft breweries that are too large to fit the requirements of a brewpub or do not want to switch to a brewpub license because of its tighter regulations.

“[The laws] attach so many limits to what [brewpubs]can do,” he said. “Basically what it ensures is that they will always be very small. That places an artificial cap on their economic activities.”

Opposition to 2013 legislation has resulted in an ongoing appeals process that is still heading to the Texas Supreme Court five years later, Vallhonrat said.

Since 2013, another set of beer regulations became law after the 2017 Texas legislative session. HB 3287 tightened restrictions on the capacities of craft breweries to operate taprooms.

For most craft brewers, HB 3287 did not create any immediate effects; however, DeBower said it could potentially stunt growth and out-of-state investment because the total number of barrels produced at all of the brewery’s locations is tallied in the overall production limit.

Most craft breweries in Texas have not reached the limit that would prohibit them from operating a taproom, except for the North Austin outpost of Oskar Blues Brewery, a Colorado-based craft brewing company, according to the Brewers Association.

Even though Oskar Blues’ North Austin facility does not exceed the barrel limits per year allowed for a brewery with a taproom, the total of all of the brewery locations in the U.S. does exceed the limit. Oskar Blues was grandfathered in because its taproom opened before the passage of the bill, said Leilani Howard, Oskar Blues marketing director, but the brewery has to pay its distributor a newly added fee.

A concern now, DeBower said, is if a craft brewer that opens a taproom after 2017 is bought by a larger brewing company, the new barrel count could result in a higher total and force the craft brewer to close its taproom. This may de-value a Texas brewery to an out-of-state investor, he said.

“Their long-term investment is now capped,” DeBower said. “If they make investments in other breweries and they hit this cap, they can lose their entire taproom.”

Rick Donley, president of the Beer Alliance of Texas, which represents distributors for brands such as Anheuser-Busch Co. LLC, said the organization supports the regulations because a brewery that is acquired should follow the same regulations as any large beer company.

“Why would the [Texas] Legislature subsidize a clearly large, successful brewery operation at the expense of the smaller start-ups?” he said.

With the creation of the CraftPAC, Vallhonrat said the guild has more freedom to fundraise, work with lobbyists and organize a collective voice.

“[The guild] is well-known in the statehouse, but with CraftPAC, we’re even more well-known and the legislators will know who to ask if someone says craft beer supports or doesn’t support something,” Vallhonrat said.

The idea is to go toe-to-toe with The Beer Alliance of Texas and the Wholesale Beer Distributors of Texas, which were seen as major influencers on the 2013 legislation and HB 3287, he said.

“We get that almost on a daily basis,” Celis said. “People ask if they can purchase a six-pack of bottles or cans or fill a growler, and every time we have to tell them, ‘No, you have to go to a retailer to get that.’ Wineries are able to do it all the time, so why can a brewery not sell on-site? It’s just not fair.”

Craft brewers in the guild also express varying views on their relationships with wholesale distributors. Many enter a contract with a distributor well before they reach the barrel limit that would restrict them from self-distributing.

Haney said having a wholesale distributor is an advantage for Adelbert’s.

“Our distributor has a fleet and a staff that we didn’t have the infrastructure for,” she said. “Few breweries have really successful self-distribution. It’s essentially like running two businesses.”

DeBower said he still wants to self-distribute, even if Austin Beerworks reaches the barrel limit, because the investment the brewery’s owners have made in forming relationships with retailers as well as delivering beer with the company’s trucks should be recognized as an asset. If Austin Beerworks reaches the barrel limit and had to forfeit its rights to work with retailers, a wholesale distributor would charge them to provide the same distribution services.

“It could be argued that our distribution rights are some of the most valuable in America and yet we have no capacity to capitalize on such a thing should we ever want to,” DeBower said.

Beer to-go sales may threaten distributors and retailers because it could create competition between sales at a brewery and sales in stores or restaurants, which benefit the distributor and the retailer, Donley said.

“The notion that distributors are somehow holding back the exploding Texas craft beer business is just patently false,” Donley said.

Oskar Blues has a strong relationship with its wholesale distributor, and Howard said she has seen no evidence that its breweries throughout the U.S. that are allowed to sell beer to-go are creating competition for retailers.

“It’s more of a convenience factor for the consumer,” she said. “That is our main focus.”

Whether the next legislative session reduces regulations on craft brewers, Howard said Oskar Blues is here to stay.

“It is a good fit for Oskar Blues to be [in North Austin]so the most important thing for us is to be able to create that positive experience for our consumers,” Howard said. “[The laws] are not going to negatively affect any of our future endeavors in Texas.”