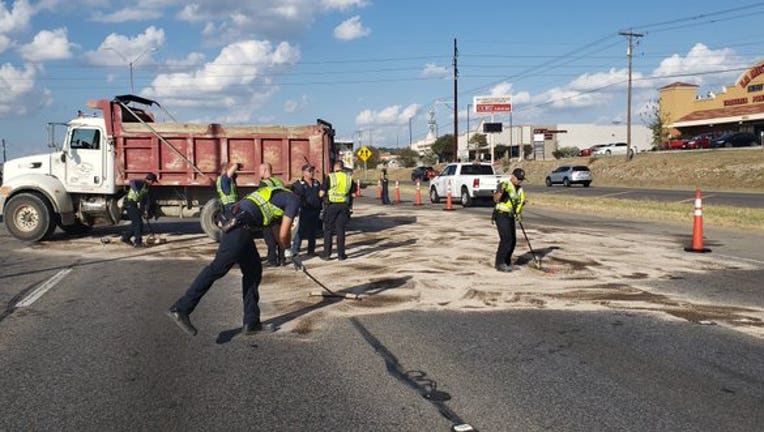 AUSTIN, Texas - Northbound I-35 has reopened following a large fuel spill on the highway. First responders with the Austin Police Department and Austin Fire Department responded to a crash on I-35 involving a dump truck around 4:30 p.m. on Wednesday, October 9.

The crash happened in the 9700 block of northbound I-35 and involved one vehicle and a dump truck, according to police.

One female was transported to a local hospital by ATCEMS. The extent of her injuries are unclear at this time.

Approximately 25 gallons of diesel fuel were spilled, according to the Austin Fire Department.

Drivers were being asked to avoid the area and to find alternate routes.