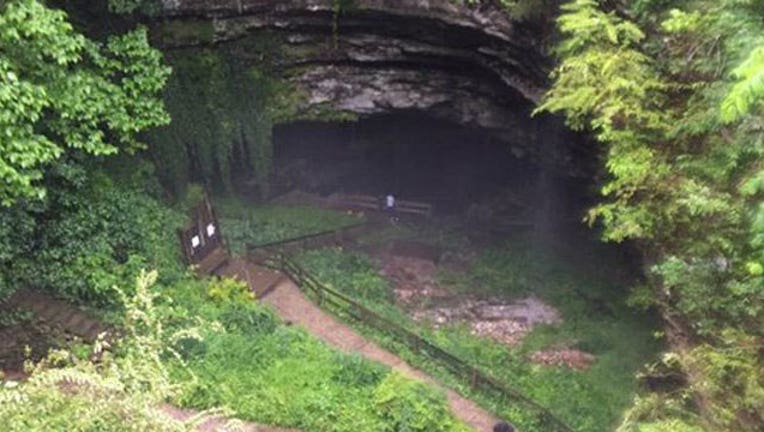 The tourists and officers were trapped in Hidden River Cave in south-central Kentucky.

Rescue teams, including members of a dive squad, had reached the cave but had not yet ventured inside, Horse Cave Fire Chief Donnie Parker said. He said the tour groups had been inside for several hours and authorities weren't sure where they were in the cave.

"We don't have any communications with them, whatsoever," he said.

Asked about the rescue efforts, he said: "It's going to be pretty difficult."

Parker said two local police officers who tried to rescue the tourists were among those still inside. He said four people were able to escape but didn't have details about how they got out.

The chief said the rising water was caused by heavy rains in the area Thursday afternoon.