9 shot, 2 critical after suspects fire into crowd in Kensington

Officers responded to reports of a shooting around 10:45 p.m. in the area of Kensington and East Allegheny avenues.

Deputy Police Commissioner John Stanford says the gunfire broke out when several armed individuals exited a black vehicle that had been in the area and began shooting into a crowd of people on the sidewalk.

"These individuals may have spotted someone that they wanted to shoot at, exited the vehicle, and just began firing at a group of individuals that were there," Stanford said. 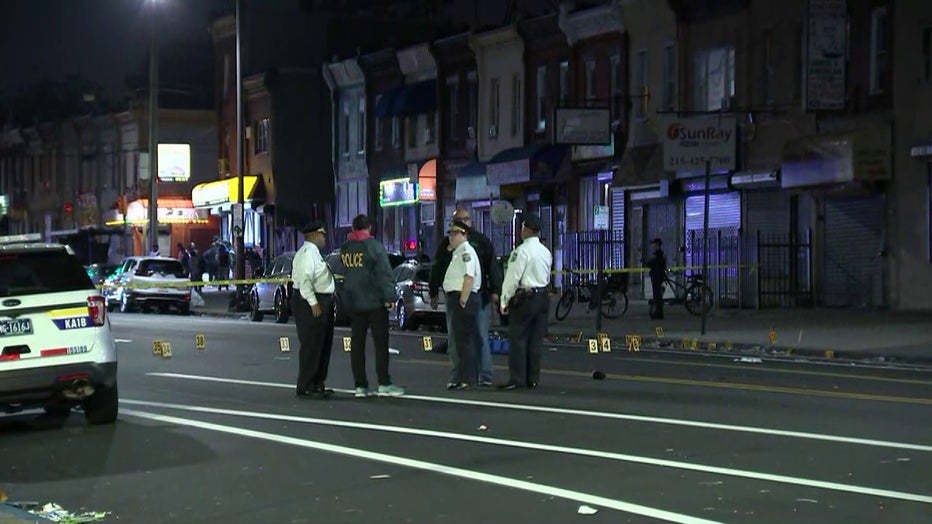 In all, police say at least nine people were struck by gunfire. All were rushed to Temple University Hospital by first responders.

Four of the victims are in critical condition, while police say the rest are stable. The victims ranged in age from 23 to 49 and are a mix of men and women who suffered multiple gunshot wounds. Police believe this may have been a targeted shooting.

At least 40 pieces of ballistic evidence were found at the scene. No weapon recovered, and no arrests have been made.

Police were combing through surveillance video in order to identify the shooters and that the motive is unknown at this time.

Police say several officers were in the area as the gunfire erupted, some on the same block.