FORSYTH COUNTY, Ga. - A man and two children were struck by a vehicle while waiting for a school bus in Forsyth County on Friday morning.

A Forsyth County Schools official said an adult male and two sisters were waiting at their bus stop when a driver, identified at 19-year-old Christopher Frachiseur, ignored the stop laws. The Forsyth County Sheriff's Office said the school bus had flashers on and the "stop" arm extended when the vehicle went around the bus and hit them.

Man and 2 kids hit while waiting for school bus

Authorities say a man and two young sisters were hit by a car while waiting for the school bus in Forsyth County.

The victims were taken to local hospitals. Officials tell FOX 5 a 9-year-old girl is in serious condition. The other two victims, a 6-year-old girl and her father, are expected to be alright.

According to Forsyth County Schools, the children are in first grade and fourth grade at Haw Creek Elementary School.

Authorities said the driver remained on the scene.

We're told the bus driver, who had 20 students onboard at the time of the accident, is extremely upset. 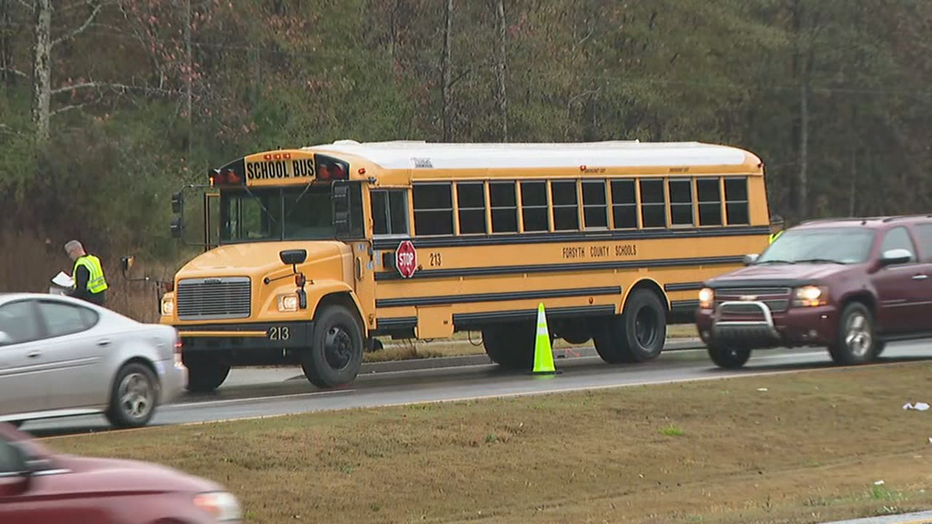