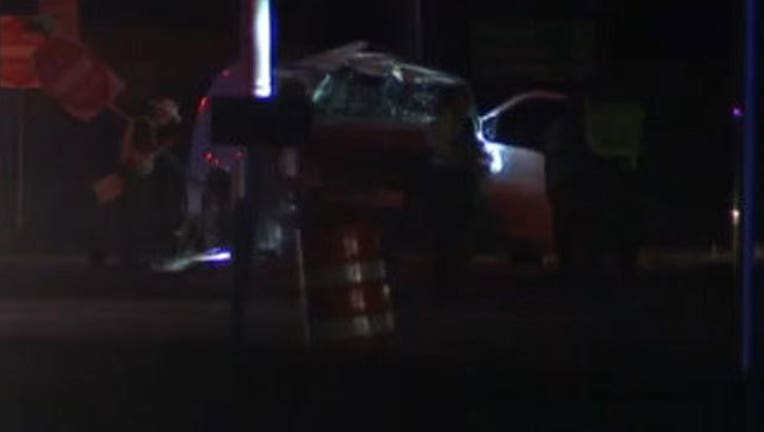 Police are investigating after a man was killed in a crash on Highway 71 near 973.

It happened around 1 a.m. Police say the crash involved two cars and one hit a pole.

A man was taken to the hospital where he died from his injuries.

Lanes in both directions of 71 were shut down for several hours but reopened at around 5:30 a.m.