At least one RV was carried downstream and another was partially turned onto its side at an RV Park in New Braunfels. FOX 7 Austin's Shannon Ryan has more on what happened.

NEW BRAUNFELS, Texas - At least one RV was carried downstream and another was partially turned onto its side at an RV Park in New Braunfels. Several other RVs and passenger vehicles were also affected by the rising river water.

This happened at the RV park underneath I-35 at the Guadalupe River. 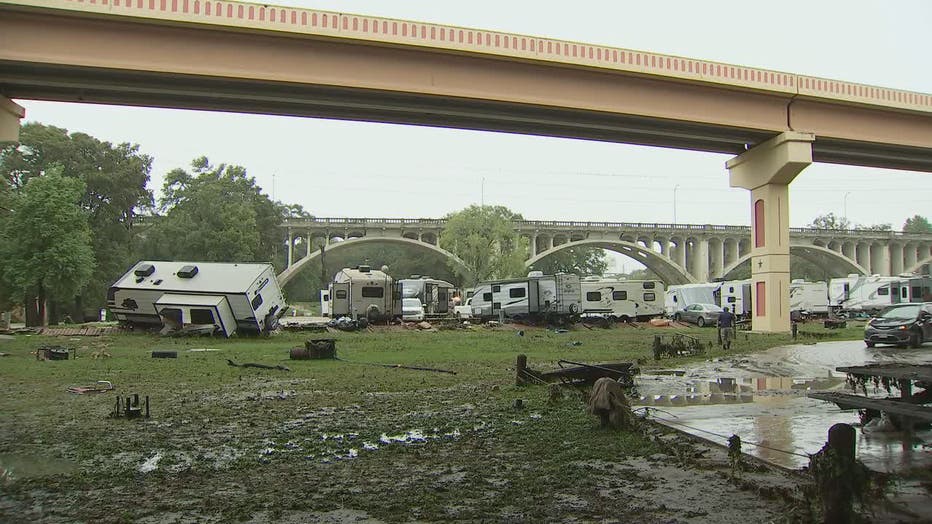 According to city officials, the RV that was carried downstream was unoccupied. No injuries or deaths were reported in this incident.

City officials also clarified that although first responders were there to assist in helping people leave the area, there was not a high water or swift water rescue at that location.

Flooding in parts of Central Texas

Heavy rainfall caused flooding in parts of Central Texas and some flash flooding at low water crossings in the Austin area. FOX 7 Austin's Bridget Spencer has a look at conditions in Northwest Austin.

The New Braunfels Fire Department had a total of 4 high water-related calls last night. All were relatively minor in nature, but one was helping a stranded motorist whose vehicle had been stuck in standing water on Altgelt Lane, according to city officials.

No injuries were reported in the stranded motorist incident.