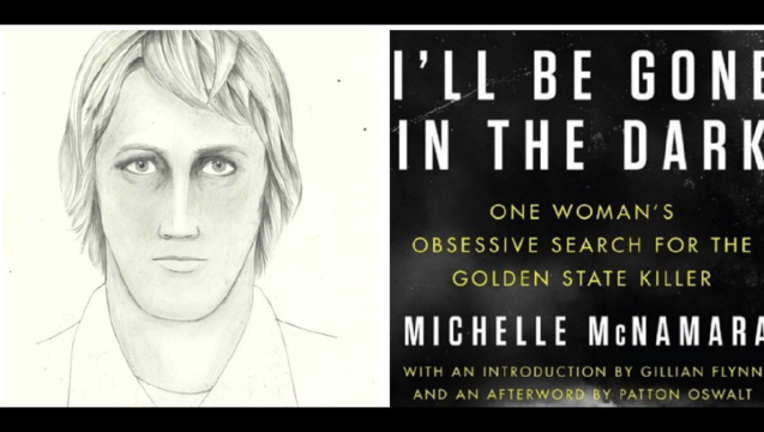 Sketch of East Area Rapist (FBI) was the source of inspiration for Maureen McNamara's book, "I'll be Gone in the Dark."

Several years ago, before her death, crime writer Michelle McNamara began investigating the case of the East Area Rapist, otherwise known as the Golden State Killer, whose arrest was announced Wednesday years after 40 years of eluding capture.

Officials announced on Wednesday, the arrest of 72-year-old Joseph James James DeAngelo, a former Auburn police officer, on two counts of murder in the 1980 deaths of Lyman and Charlene Smith of Ventura. He was also arrested in the 1978 deaths of Sacramento area couple Brian and Katie Maggiore.

DeAngelo had been living in the Sacramento area since the serial attacks that terrorized Californians from 1974 to 1986.

However, DeAngelo is thought to have killed 12 people, raped about 50 women and burglarized more than 100 homes in the Bay Area, the Sacramento region and Southern California.

The crime spree terrorized many in California. And McNamara became obsessed with the mysterious killer, as is reflected in her book.

In the last chapter of the New York Times best seller, "I'll be Gone in the Dark: One Woman's Obsessive Search for the Golden State Killer," McNamara wrote the killer a long letter.

McNamara died at age 46 in 2016 at the Los Angeles home she shared with her husband, comedian Patton Oswalt.

But her book and letter were published posthumously.

Excerpts of the letter are reprinted here.