NASA recently shared a collection of images that its Curiosity Mars rover has taken showing the planet’s diverse landscape, and they look out of this world — literally.

Over the past year, the Curiosity rover has been bopping about, traveling to different regions of the planet to give scientists a better look into Mars’ past.

The images captured drastically different landscapes and some could very likely be mistaken for a desert area somewhere on Earth. 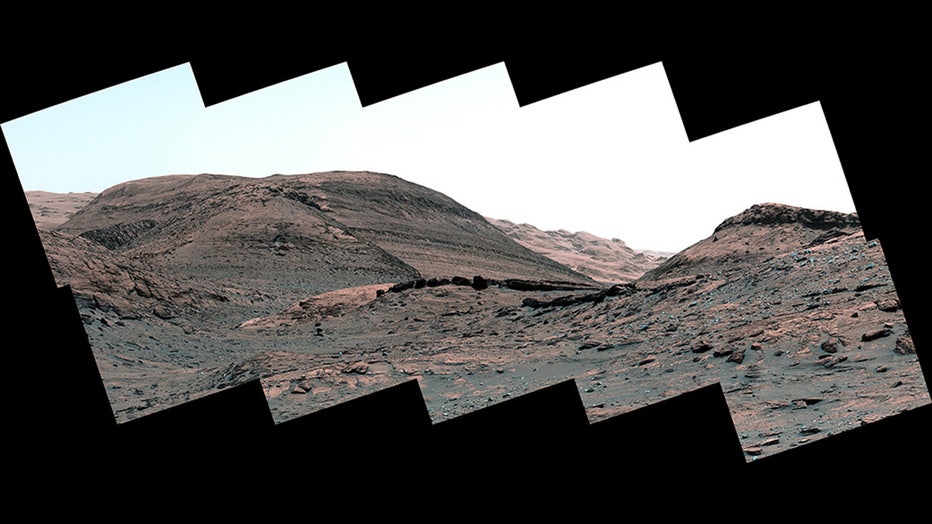 FILE - NASA’s Curiosity Mars rover captured this view of a sulfate-bearing region using its Mastcam on May 2, 2022, the 3,462nd Martian day, or sol, of the mission. Dark boulders seen near the center are thought to have formed from sand deposited in (NASA/JPL-Caltech/MSSS)

The rover also got extremely clear images of flaky, layered rocks that scientists posit could have been formed in an ancient streambed or small pond. 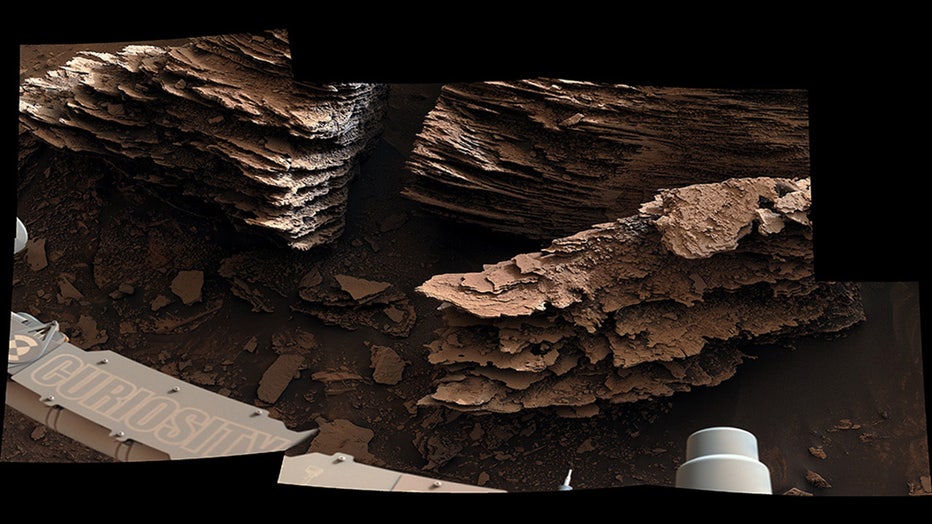 FILE - NASA’s Curiosity Mars rover captured this view of layered, flaky rocks believed to have formed in an ancient streambed or small pond. The six images that make up this mosaic were captured using Curiosity’s Mast Camera, or Mastcam, on June 2, 2 (NASA/JPL-Caltech/MSSS)

In another image taken on May 22, 2022, the rover took a 360-degree panorama near a location nicknamed "Sierra Maigualida." The image shows both the floor of Gale Crater and Mount Sharp in a dusty haze.

"Scientists interpret the curving and overlapping layers in the bedrock around the rover as evidence of cross-bedding, which occurs when layers are deposited from windblown sediment," NASA said.

The mountainous areas where the rover has been exploring are believed to have formed when wind swept up sediment into sand dunes, which hardened over time. 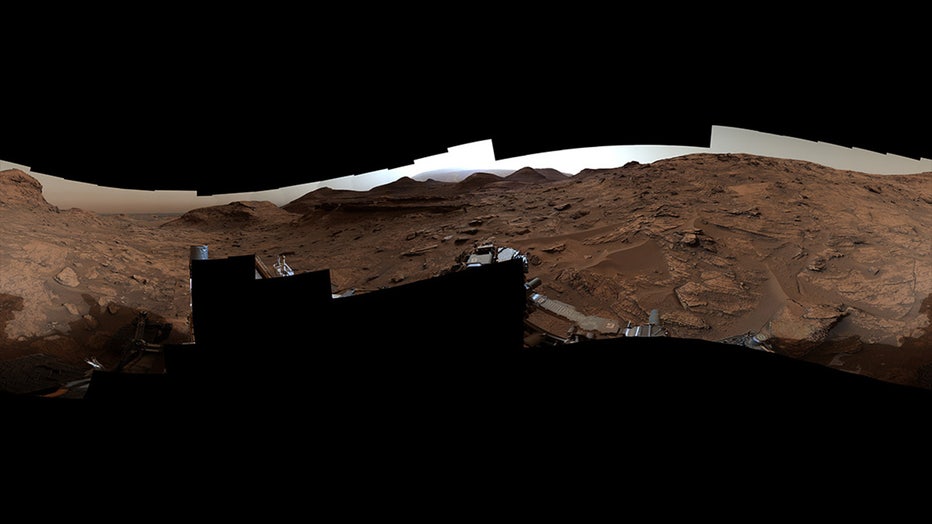 FILE - NASA’s Curiosity Mars rover captured this 360-degree panorama near a location nicknamed "Sierra Maigualida" on May 22, 2022, the 3,481st Martian day, or sol, of the mission. The panorama is made up of 133 individual images captured by Curiosit (NASA/JPL-Caltech/MSSS)

The Curiosity Mars rover landed inside Gale Crater on Aug. 5, 2012.

Scientists believe the crater was created about 3.5 to 3.8 billion years ago when a meteor struck Mars. The entire crater spans 96 miles and is home to Mount Sharp, according to NASA.

"Some scientists believe the crater filled in with sediments and, over time, the relentless Martian winds carved Mount Sharp, which today rises about 3.4 miles (5.5 kilometers) above the floor of Gale Crater—three times higher than the Grand Canyon is deep!" NASA said.

RELATED: Wreckage on Mars is not a flying saucer — NASA explains

Curiosity traveled into a transition zone — from a clay-rich region to a sulfate-laden area — aiming to find past evidence of water on the Red Planet, according to NASA.

"The transition zone is proving to be scientifically fascinating as well. In fact, this transition may provide the record of a major shift in Mars’ climate billions of years ago that scientists are just beginning to understand," NASA said.

As Curiosity ascended Mount Sharp from the bottom of Gale Crater, scientists started to see a change in sediment. For instance, Gale Crater has evidence of what is believed to be sedimentary deposits similar to what someone would see at the bottom of a lake, according to NASA.

But as the rover traveled higher on Mount Sharp, the sediment structure began to change. "Instead, we see lots of evidence of drier climates, like dry dunes that occasionally had streams running around them. That’s a big change from the lakes that persisted for perhaps millions of years before," said Ashwin Vasavada, Curiosity’s project scientist at NASA’s Jet Propulsion Laboratory in Southern California.

Even farther toward the top of Mount Sharp, scientists said there is a major shift in mineral composition from clay to sulfate.

Curiosity will drill in this region to get a better understanding of why there’s a sudden change, NASA said.