TAMPA, Fla. - One of the passengers inside a speeding vehicle that crashed in a Seffner dealership parking lot has since passed away.

Florida Highway Patrol troopers said 24-year-old Jennifer Carvajal was speeding on Interstate 4 near Mango Road on Sunday morning. She was already on probation for a previous DUI manslaughter conviction.

An FHP sergeant was heading east on I-4 when he clocked Carvajal’s Hyundai traveling the other direction at 111 mph. The sergeant pulled his patrol car into the median and clocked the Hyundai again, still at 111 mph.

Officials said Carvajal’s vehicle passed the sergeant without slowing down. The sergeant sped up to pull her over, but she veered to the right, entered the shoulder, and became airborne after hitting the embankment that runs parallel to the highway, according to FHP. 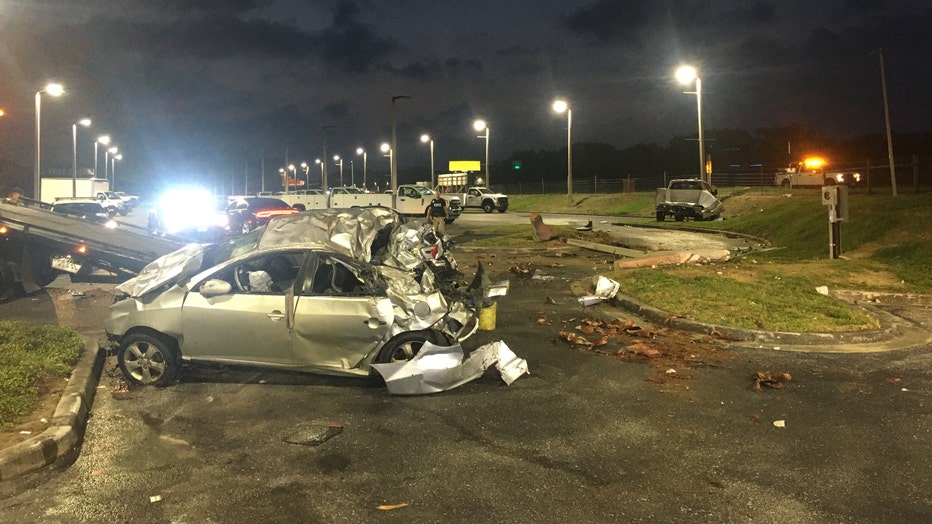 The Hyundai traveled over a Florida Department of Transportation fence and crashed into a truck parked at the Gator Ford dealership, which is visible from the highway and located along the entrance ramp from I-4 onto Mango Road.

Dashcam video from FHP shows the Hyundai veer away, then go airborne before crashing into the parking lot.

According to FHP, Carvajal was the only one in the vehicle wearing a seatbelt when the crash happened; she suffered minor injuries. A 19-year-old front-seat passenger was thrown into the car's back seats.

The other two passengers, a 20-year-old and 22-year-old, were ejected from the car entirely. The 22-year-old later passed away.

Carvajal faces several charges, including DUI and reckless driving, but after the passenger died, more charges will be added. 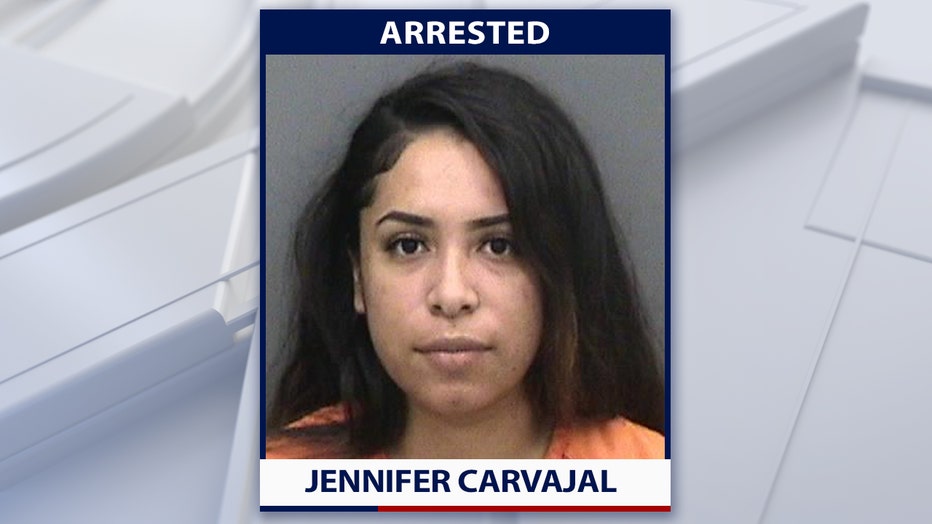 Court records show Carvajal was previously convicted following a DUI manslaughter arrest in 2014. At the time, she collided with another vehicle in Hillsborough County.

Keith Allen Davis, the victim in the second vehicle, died. 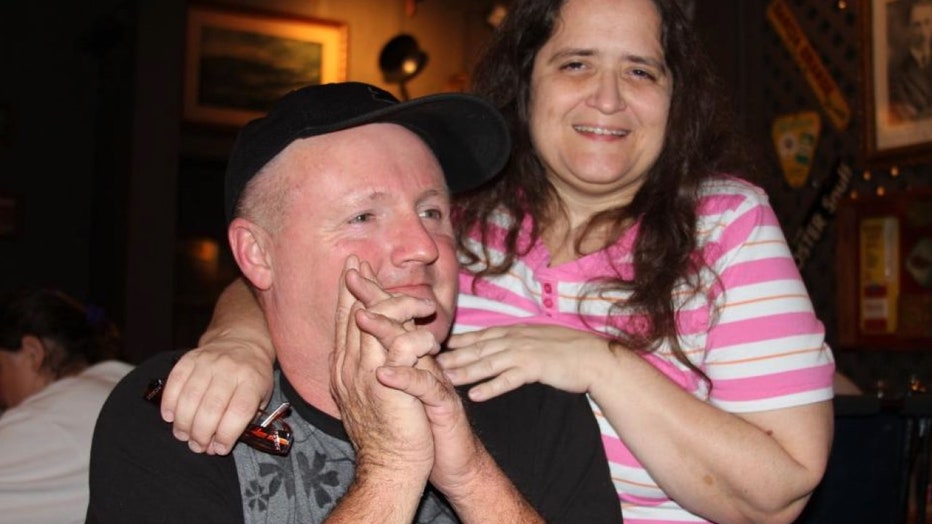 Carvajal was sentenced to five years in prison in 2016 with credit for the one year in jail she already served, plus five years of probation. According to the Florida Department of Corrections, she was released in October of 2019.

Following that sentencing, Davis' fiance, Susan Blain, told FOX 13 she was satisfied with the judge's sentence. The maximum for DUI manslaughter is 15 years in prison. 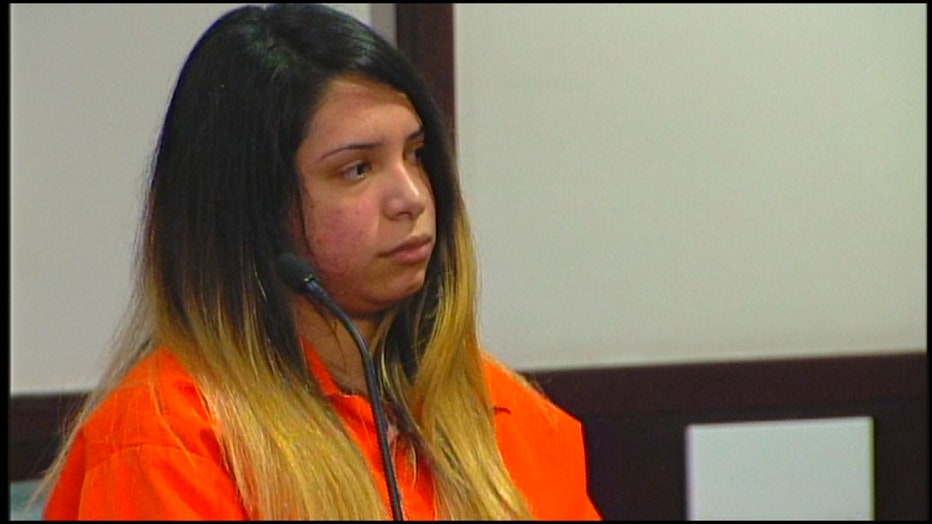 Jennifer Carvajal during her 2016 sentencing hearing.

Linda Unfried, who founded Hillsborough County’s Mothers Against Drunk Driving (M.A.D.D.) remembers Carvajal’s first fatal crash. When she heard the news of the second, she says it was almost unbelievable.

Unfried’s colleague, a victim advocate, was assigned to Davis’ fiancé after his death in 2014.

"We worked with the family, the wife of the man that she killed in 2014 – the victim advocate worked with her," she said. "The name was very, very familiar to her." 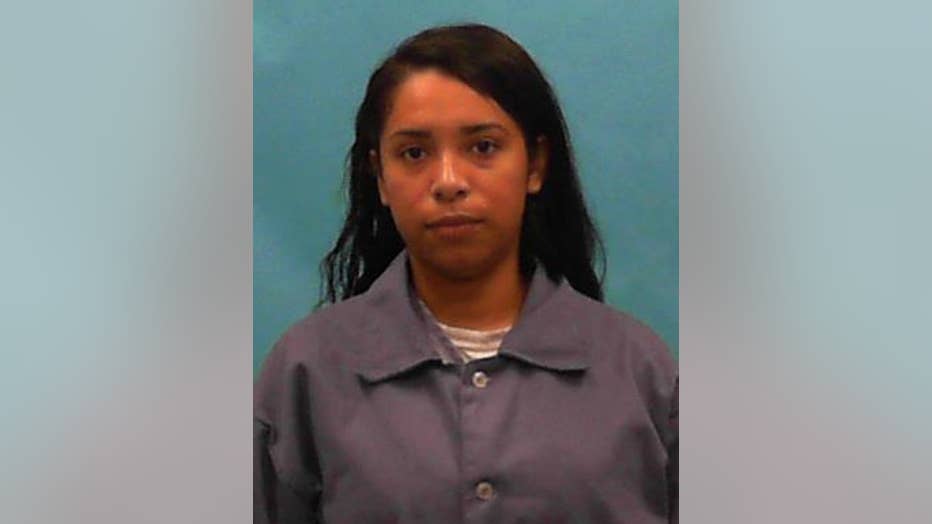 Unfried believes more work needs to be done on educating young men and women before it’s too late.

"My thought process is, why isn’t there mandatory rehabilitation, or mental help for these people when it first happens," she said. "Then maybe we wouldn’t be here again today."

Carvajal remains in the Hillsborough County jail on no bond.