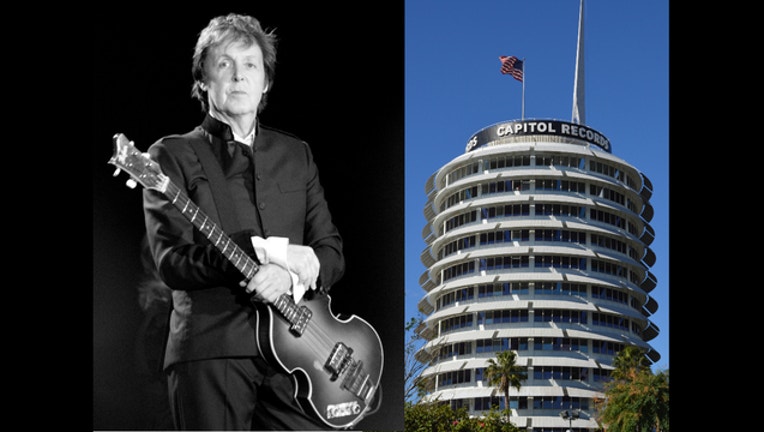 HOLLYWOOD (CNS / FOX 11) - Paul McCartney is returning to his original U.S. music label, Capitol Records, with the former Beatle announcing Wednesday a worldwide recording agreement that will include his work over the past 40-plus years and a new studio album already in the works.

"This is genuinely exciting for me," McCartney said. "Not only was Capitol my first U.S. record label, but the first record I ever bought was Gene Vincent's `Be-Bop-A-Lula' on the Capitol label."

According to the record company, the agreement will include all of McCartney's post-Beatles work, beginning with his 1970 album "McCartney" and other solo work, and his recordings with Wings.

"Paul McCartney's association with Capitol has long defined so much of our historic legacy, and all of us here are extremely proud and honored that he has chosen to come back home," Capitol Music Group Chairman/CEO Steve Barnett said. "Paul's indelible contributions to our culture are second to none, and his constant evolution as an artist and performer continues to inspire and enrich the lives of countless millions of people. We are overjoyed that Paul will be creating new music for years to come, and that Capitol will be helping to present it to the world."