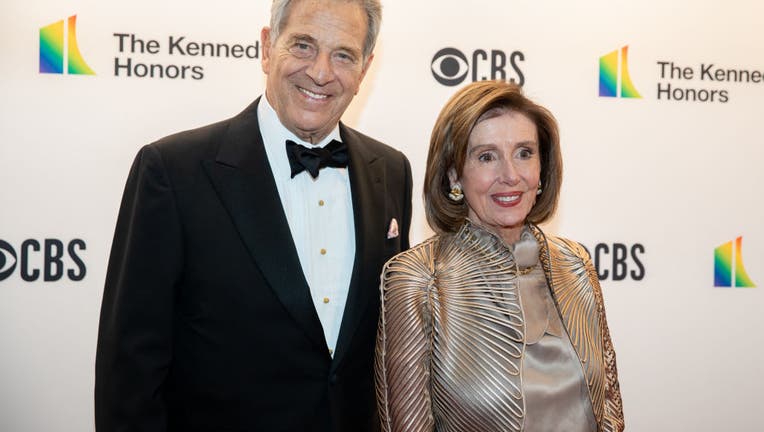 WASHINGTON, D.C. - DECEMBER 5: Paul Pelosi and Nancy Pelosi pose on the red carpet of the 44th annual Kennedy Center Honors at the Kennedy Center in Washington, D.C. on Sunday, December 5, 2021. (Amanda Andrade-Rhoades/For The Washington Post via Get

Paul Pelosi has returned home after being hospitalized due to serious injuries allegedly inflicted by a home intruder, his wife Nancy Pelosi said Thursday.

Paul Pelosi, 82, underwent surgery for a fractured skull and other injuries suffered last week. He had been kept in an intensive care unit at Zuckerberg San Francisco General Hospital for several days.

Police said he was hit in the head with a hammer by David DePape who faces state and federal charges for the attack in the Pelosis' San Francisco home.

""The Pelosi family is thankful for the beautiful outpouring of love, support and prayers from around the world," the statement from the House speaker said. "Paul remains under doctors’ care as he continues to progress on a long recovery process and convalescence. He is now home surrounded by his family who request privacy."

DePape intended to kidnap Nancy Pelosi and "break her kneecaps" when he forced his way into the couple's Pacific Heights home, according to statements that investigators said he made.

Neighbors told KTVU that DePape had recently become radicalized while federal investigators said he had a manifesto of anti-government views.

Immigration authorities revealed that DePape is in the country illegally and that they would seek to deport him to his native Canada if he's released from custody.