Police released two photos of a person of interest and the vehicle used in the kidnapping of a UT student.

AUSTIN, Texas - Austin police have identified a person of interest in the kidnapping of a UT student near the intersection of 27th and Nueces early Sunday morning.

Police released two photos, one of the person of interest, and the other of a black sedan, possibly a Lincoln Town Car, that may have been used in the kidnapping.

On Nov. 3, police released a composite sketch of the attempted kidnapper. He has been described as a Hispanic man, late to 20s to early 30s, about 5’7" to 5’9", has a muscular build and round face. 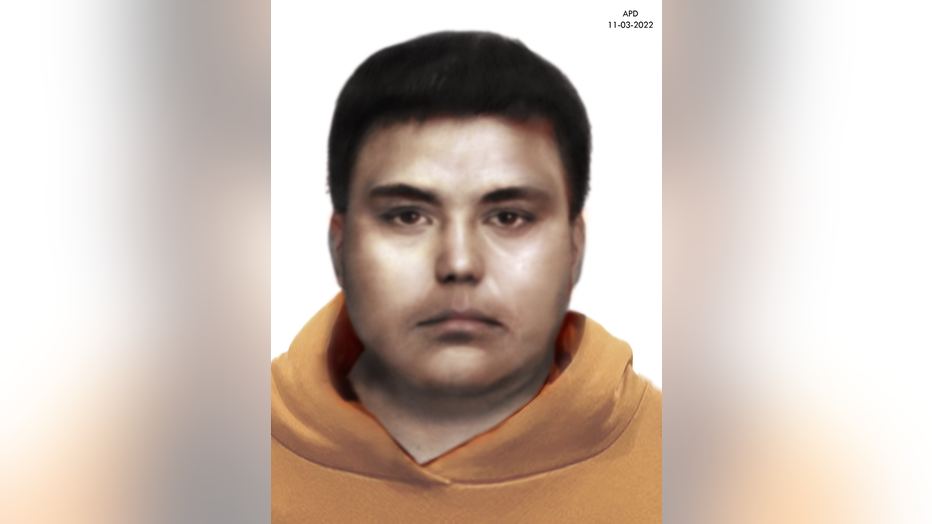 Austin police released a composite sketch of the suspect in the attempted kidnapping case at UT Austin.

He was last seen wearing a burnt orange hoodie with a round white insignia and lose fitting clothes.

Anyone with information regarding this incident is asked to contact Crime Stoppers at 512-472-8477.

What happened on October 30

UT Austin police said sometime after 4 a.m., APD officers responded to the 2700 block of Nueces regarding an attempted kidnapping of a UT Austin student.

Officers searched the area, but were unable to locate a suspect. UTPD officers also responded to the area to assist in the investigation.

FOX 7 was told the student was not severely injured when she escaped a few blocks away. The student had been grabbed and thrown into a car. Her screams were heard by nearby private security officers, according to Joell McNew with SafeHorns.