Pfizer said Tuesday it submitted information to U.S. health regulators that could allow its COVID-19 vaccine to be stored at standard refrigerator temperatures for up to four weeks — and is working on an additional formulation that could allow for an even longer storage time.

Such a change could allow Pfizer’s much-needed shots, which have been approved in more than 80 countries, to have a simplified distribution process.

The pharmaceutical company announced the development in an earnings report, saying the data was submitted to the U.S. Food and Drug Administration on Friday and that it expects to "soon" have an updated emergency use authorization.

Pfizer added that it is working on a new formulation of its vaccine that could potentially be stored at standard refrigerator temperatures for up to 10 weeks.

Pfizer said the formulation allowing for up to 10 weeks of storage time in standard refrigeration is subject to "generating supportive stability data and obtaining regulatory approval." Pfizer added that it expects to have that data by August. 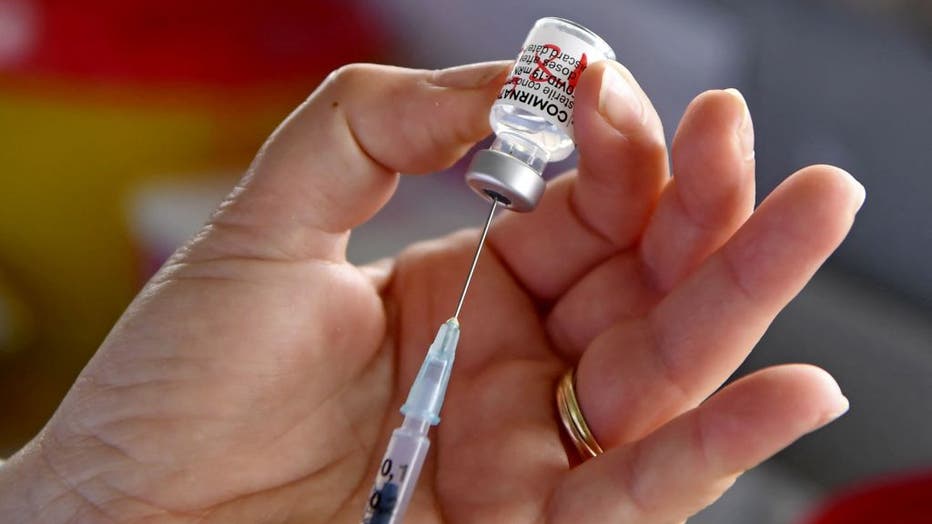 FILE - A Tunisian healthcare worker prepares a dose of the Pfizer-BioNTech COVID-19 vaccine at El-Menzah sports hall in Tunisia's capital Tunis on May 3, 2021. (Photo by FETHI BELAID/AFP via Getty Images)

Pfizer-BioNTech’s vaccine was the first shot given an emergency use authorization in the U.S. by the Food and Drug Administration in December. It has since been approved in 85 countries, according to McGill University’s COVID-19 vaccine tracker.

The company also said it expects revenues of approximately $26 billion from the vaccine in 2021, based on contracts signed with several countries around the world — including the U.S., the U.K., the European Union, Israel and more.

The U.S. has ordered at least 300 million doses of the Pfizer shot by the end of July, enough to protect 150 million people.

Pfizer last month found that its shot, which is already authorized for those age 16 and older, also provided protection for young people ages 12 to 15. The FDA is expected to expand its emergency use authorization for Pfizer’s vaccine for those 12 and older by early next week, according to the Associated Press.

The AP also reported that the FDA could approve Pfizer’s use in even younger children sometime this fall, citing a federal official speaking on the condition of anonymity.

Pfizer in late March released preliminary results from a vaccine study of 2,260 U.S. volunteers ages 12 to 15, showing no cases of COVID-19 among fully vaccinated adolescents compared with 18 among those given dummy shots.

Kids had side effects similar to young adults, the company said. The main side effects are pain, fever, chills and fatigue, particularly after the second dose. The study will continue to track participants for two years for more information about long-term protection and safety.

Pfizer isn’t the only company seeking to lower the age limit for its vaccine. Results also are expected by the middle of this year from a U.S. study of Moderna’s vaccine in 12- to 17-year-olds.