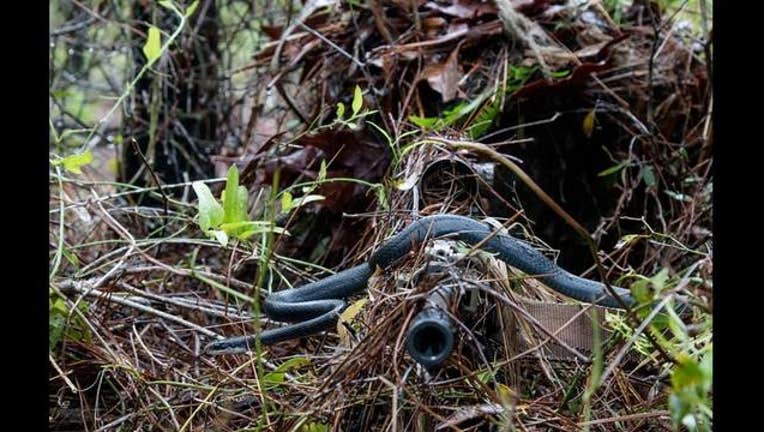 VALPARAISO, Fla. (FOX 13) - One photo sums up the training and focus of a sniper in the U.S. military.

If not for the black racer snake splitting the rifle’s barrel and sight, U.S. Army National Guard sniper Pfc. William Snyder would be practically invisible in the photo posted on Alabama National Guard’s Facebook page.

The photo was taken during a 1-173 Infantry training exercise Saturday, April 7, 2018, at Eglin Air Force Base.

Pfc. Snyder was practicing woodland stalking in a camouflage ghillie suit, according to the Facebook post accompanying the picture.

“Our snipers are trained to remain perfectly still for hours on end when in position and remain invisible to enemies and even wildlife,” the post states.

The picture was taken by Army Staff Sgt. William Frye.